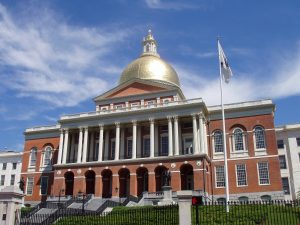 Massachusetts Pension Revenues Investment Trust had the strongest 10-year return on private equity investments among public pensions surveyed as of the 2017-2018 fiscal year, according to a study from the American Investment Council, a lobbying and advocacy group based in Washington, D.C.

Massachusetts PRIT had a 13.63 percent 10-year return on its investments, edging out Ohio School Employees Retirement System, which had a 13.3 percent return. The next most successful pension was Minnesota Board of Investment, with 11.7 percent, followed by Los Angeles County Employees’ Retirement Association with 11.4 percent and Public Safety Personnel Retirement System of the State of Arizona with 11.36 percent.

The AIC study also surveyed what pensions funds have the largest private equity allocations. Interestingly, those systems with the most money dedicated to private equity did not perform in the top 10 of the study, at least for 10-year returns.

“[If] you’ve got $20 billion dollars-plus in private equity, your big investments are in the biggest funds, and the biggest funds tend to have performance that’s kind of average,” Steven Kaplan, the Neubauer Family Distinguished Service Professor of Entrepreneurship and Finance at the University of Chicago, told Buyouts. “When you put that much money to work, you’re more likely to get the average.”

“[The bigger funds are] going to be performing at about the industry average and that seems to be about where they are, and the people who have a potential to outperform are the people who are a little bit smaller,” Kaplan said.

Kaplan said the better performance from smaller funds tended to be mostly a matter of chance. “Just randomly, a few will do better and a few will do worse,” he said.