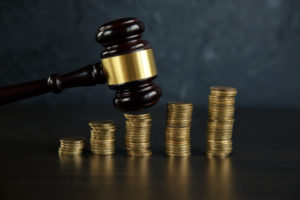 The news comes as Mercury and its parent company Investcorp have waged an internal investigation into claims made by an ex-Mercury partner, Alan Pardee, that Ricciardi engaged in racial and sexual discrimination that caused departures of women and minorities.

Phil Denning, spokesperson for Mercury, didn’t comment beyond the statement released Tuesday, which came after questions from Buyouts about Ricciardi’s role.

Ricciardi will focus on business development and sourcing new client mandates in the new role, according to Mercury’s statement.

The CEO title now belongs to John Franklin, who is also managing partner of the firm along with co-founder Enrique Cuan.

Pardee, who left Mercury last year and joined Valor Equity Partners as a managing director, sued the firm earlier this year. He claims Ricciardi, who became CEO in 2016, eliminated women and racial minorities who had been with the firm for many years from positions of authority. Pardee claimed Ricciardi replaced them with “white men in his own image,” according to the lawsuit.

In May 2019, Bahrain-based Investcorp acquired Mercury. Pardee claimed he raised concerns about Ricciardi with senior executives at Investcorp. The executives assured Pardee they would address the concerns but nothing changed, and Pardee eventually found himself stripped of responsibilities and effectively terminated from his role after what he describes as a campaign of harassment, intimidation and abuse by Ricciardi, the lawsuit alleged.

Investcorp was not aware of Pardee’s concerns until recently, a person with knowledge of the situation told Buyouts in a February interview. Pardee did not raise the concerns during negotiations with Investcorp over the acquisition of Mercury, the person said, directly contradicting the lawsuit. With Investcorp’s encouragement, Mercury settled with two women who accused Ricciardi of gender discrimination shortly before the acquisition closed, the lawsuit said.

Pardee also accused Ricciardi of “hostile and threatening behavior toward women,” according to the lawsuit, as well as bigoted treatment of minority employees.

After repeatedly expressing concerns about Ricciardi, Pardee claimed he was sidelined, stripped of responsibilities and forced to accept cuts in compensation, according to the lawsuit. He also claimed he was subject to verbal assaults and occasionally physical threats.

Pardee sued for not less than $6.6 million for breach of contract, race discrimination and retaliation. He filed an amended complaint June 22, providing more detail of alleged discrimination at the firm, as well as what he says was Investcorp’s refusal to crack down on Ricciardi’s alleged bad behavior.

Mercury denied what it called the “meritless claims” in a statement to Buyouts in February: “Not only do we categorically deny these allegations as false, but we are confident that the facts demonstrate how committed we are to diversity and equal opportunity for all. This is reflected throughout Mercury, including amongst its senior leadership team, which reports directly to co-managing partners, Michael Ricciardi and Enrique Cuan-Ruiz, and is comprised equally of five women and five men.”

Mercury this month announced the hiring of four senior executives. They included partners Matthew Haimes, formerly of Safanad; Jill Cohen, who previously worked as a senior managing director at Avenue Capital; and Jennifer Tunney, formerly of Rohatyn Group, where she worked in private markets business development. Principal Sara Modalal, who worked at Principal Global Investors in Dubai, was also among the new hires.