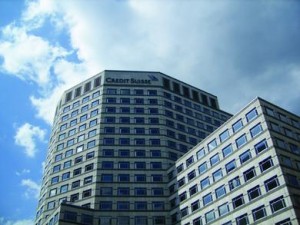 In 2006 Credit Suisse rewrote the rulebook for mezzanine debt. In a blockbuster deal to back the Cinven/Warburg Pincus LBO of the cable assets of Casema, Multikabel and Essent Kabelcom, Credit Suisse, Goldman Sachs, ABN AMRO, ING and Morgan Stanley issued a €4.35bn debt package with a €1bn mezzanine piece.

This tranche far exceeded the previous record of £460m in mezzanine seen on the 2005 LBO of gaming group Gala and it was the first time that Europe had seen a €1bn piece of mezzanine debt.

Utilising this tranche made sense for the banks as the high-yield market absorbed a wave of cable sector deals in 2006. Many of the traditional liquidity sources for this sector may therefore have been at or nearing limits, which would have probably translated into upward pressure on the deal’s pricing had Cinven and Warburg Pincus chosen the bond route. Although the mezzanine market was untested at this level, oversubscription on other deals suggested that the market was sufficiently liquid to absorb the deal.

The mezzanine tranche had extensive pre-marketing with traditional mezzanine funds which showed a strong interest in the paper. At the time of the launch market chatter suggested that orders of around €2.5bn had already been secured, although the leads refused to be drawn on the exact amount at the time. Mezzanine investors responded positively to Casema’s credit story on account of the strong competitive positions enjoyed by the combined Dutch cable assts of Casema, Multikabel and Essent Kabelcom. Although the leverage on the deal was relatively high at 7.4x net debt to EBITDA, it was regarded as comfortably within the business’s cash generation ability.

The deal closed in October 2006 with heavy oversubscription. Initial indications were that the funded part of the senior carve-out was around five times covered, while the unfunded element was around three times covered despite there being no commitment fee. Thirteen banks committed to the pro rata, which means that there were no refusals and the mezzanine tranche was also heavily oversubscribed. The result was good news for the leads, which were tasked with persuading investors to commit to the deal despite the fact that the Essent acquisition had not yet completed.

Then in November all hell broke loose as allocations for the deal sparked the fury of investors when they were told to trade up to a €2m minimum hold level, despite receiving only half that amount in primary syndication. The heavy oversubscription meant that the bookrunners were forced to make withering scalebacks as part of a difficult allocation process. The difficulty was compounded by sponsors Cinven and Warburg Pincus, which imposed the minimum hold requirement as they were uncomfortable with Casema’s debt being held by such a broad spread of accounts. Those investors failing to reach a €2m hold by December faced having their allocations cancelled, giving them the choice of sourcing the extra supply in the secondary market, or selling their existing lot for an early profit. The risk of making a loss through the deal trading down was removed by the leads’ offer to buy allocations back at par. The allocation sizes did not only affect the smaller accounts, but also larger investors that treat each of their funds equally. This means that a €9m allocation split across five funds would leave all five looking for the missing €200,000 in the secondary market.

“It was impossible to keep everybody happy,” said one of the leads at the time. “We were faced with the choice of giving half of the investors allocations of zero or trying to spread the deal more widely and then letting the market decide. That way, those who really like the deal have the opportunity to stay in it.”

At the time, some investors went as far as to suggest that the leads were, in effect, lining their own pockets as they held sufficiently large allocations to make secondary markets in the paper. In their defence, the leads were always clear on the size of the fund allocation and allocated the full 60%. Moreover, the leads pointed out that the strong support at the underwriting stage further reduced the banks’ hold levels and that banks are holding the pro rata elements of the structure.

In hindsight, it may be unfair to say that the leads were mistaken in going as wide as they did in syndication – around 200 accounts are thought to have been approached. In their defence, the main comparable for this deal was Numericable, which struggled in primary. Despite some upset by investors this deal was groundbreaking in terms of the mezzanine portion of a private equity LBO and that is why this award deservedly goes to Credit Suisse.