When FFL Partners acquired Crisis Prevention Institute in 2016, it was far from an impulse buy – according to Cas Schneller, an FFL partner, the firm had been watching the business for quite some time. “CPI was a name that was on our high-priority list,” he tells Buyouts.

But getting it there was not instantaneous. It was the result of a process built into the firm’s business model with a name that sounds more geological than financial: Sub-Sector Exploration and Expertise Development, or SEED. This process was one of the reasons FFL earned our prize for the 2019 Middle Market Deal of the Year.

“We identify niches that we’re going to go deep in,” Schneller says about SEED, calling it a “top-down thematic approach to investing where we say we are going to look for powerful secular trends in industry sectors we like and we’re going to research them deeply before we ever make an investment.”

After Schneller took over FFL’s business services vertical, he identified human resources services as an attractive area and spent his first six months identifying the four or five “seeds” within that field to focus on. One of those seeds was “non-discretionary training.” Schneller saw what he calls a “war for talent,” meaning it has become increasingly critical for businesses to retain and “upskill” their workforces – therefore there was a built-in market.

CPI provides workplace training focusing on the safe management of disruptive and assaultive behavior. It serves everyone from behavioral healthcare professionals to correctional facility staffers. “There were a lot of aspects of this that both were kind of feel-good but also clearly were solving important problems, so we felt like the demand would be very high,” Schneller says.

Don’t stop until you get enough

Once FFL made its investment, it could very easily have sat back and allowed it to play out. CPI was a solid performer with favorable headwinds.

But Schneller and his team felt the company could do even better by going deeper into the healthcare market. They decided to increase the company’s offerings and hire more executives, sales, HR and marketing staff to execute it.

FFL partnered with two experienced executives during the diligence process: Shanti Atkins, a digital training executive, and Susan Driscoll, a healthcare training executive. Both joined CPI after the acquisition – Atkins as a board member and Driscoll as the company’s president.

Driscoll helped create a new product development team. These included a revamped product to help professionals working in the most dangerous settings, a medium-risk product delivered partially live and partially online and an online-only product for lower-risk settings.

The path forward was not always easy. “To make a lot of transformative moves for a company that is performing that well can be tough, because everybody’s saying, ‘Hey, this is going great, why rock the boat?’” Schneller tells Buyouts. “We were pushing them to do things that were outside their comfort zone.”

FFL’s hard work paid off when the time came for an exit. It received unsolicited calls from many large private equity firms. When the time came to exit, FFL did not conduct an auction, but instead called several potential buyers and invited them to meet with the company in Milwaukee.

European investment firm Wendel ended up the winner, signing to acquire CPI in October and closing the deal December 23. The sale price was $910 million. The deal had a gross internal rate of return of 44 percent and a 2.7x gross money multiple.

The deal’s multiple was 23x adjusted EBITDA and FFL grew EBITDA at 15 percent of its compound annual growth rate in three years of ownership.

The lesson Schneller took from the CPI investment was not to be afraid of building on an already-successful investment to make it even better.  “In order to make something really special you have to be willing to take some risk even when something is going well,” Schneller says. “In some ways, it’s a lot easier to take risks if the business is missing a plan, underperforming—you have no choice, you have to change what you’re doing.”

15%: Compound annual growth rate for CPI’s EBITDA during the three years it was owned by FFL

44%: Gross IRR that FFL made on the deal

CORRECTION: A previous version of this story misspelled the name of Willkie Farr & Gallagher. The story has been updated. 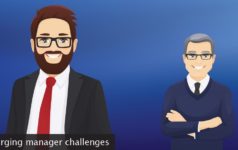 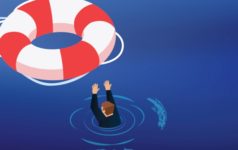 Bracing for the long haul 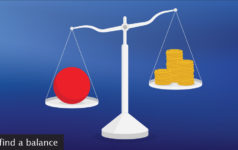 LPs weigh the future of their private equity programs

Insight 15 hours ago
Added to your Saved Articles
Loading
Unsave Article
Please confirm you would like to remove this article from your saved articles.
Share with other subscribers
Only logged in subscribers of this site will be able to access the shared article.