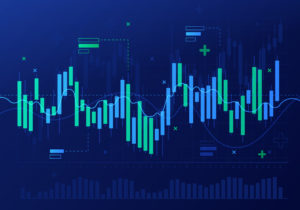 Many in the industry are waiting to see how GPs mark their investments for the second quarter, and whether they will reflect the kind of pain that has been hitting the public markets. So far, private equity performance has held up despite big losses on the public side this year.

Second quarter marks, which publish this month, are starting to trickle out at public pension systems. This week, we heard from a couple, which has shed some light of just how those marks will look. The verdict: modest pain. Massachusetts Pension Reserves Investment Management Board reported that its private equity holdings fell in value by 2.75 percent during the second quarter.

The strategies considered as the riskiest in the PE universe fared the worst, as MassPRIM’s venture capital assets fell by 8 percent while growth equity was down 4 percent. MassPRIM staff specifically said that unprofitable tech and software companies have particularly shown weakness in both public and private markets.

Virginia Retirement System also predicts losses, as its chief investment officer Ronald Schmitz this week said he expects its PE portfolio to suffer a loss in the “high single digits” as its GPs report future valuations in the months to come.

Private markets lag public market reporting by a month or more, and performance marks are set by GPs (and audited at year-end). This means LPs have to wait for GPs to mark their investments, reflecting factors like public market comparables, financing rounds, cash flows and other confidential information. GPs are known to not be too extreme in their valuations – never going too high or too low. Though studies have shown that valuations generally get marked up in the months before a firm starts fundraising.

The value of the Russell 2000, used as a benchmark for many LPs, has dropped by nearly 12 percent since the start of the year.

But many industry experts say a floor exists under just how far valuations may drop. Managers, armed with huge amounts of dry powder, have spent the past few months focused on companies that generate cash flow and have a track record of results. Of course, there are only a limited number of those types of companies up for sale.

As PE performance has remained relatively strong, many LPs’ portfolios have fallen out of balance. Private equity exposure has ramped at or beyond policy limits as the value of overall portfolios has fallen in the public market turmoil. Strong performance marks are helping keep that imbalance in place.