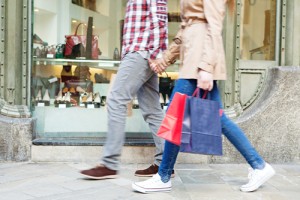 Monroe Capital CEO Ted Koenig said the Chicago-lender may book hundreds of millions in new loans in the next year as it rolls out its new asset-based lending unit for retail and consumer products.

“We’re gonna be active,” Koenig said in a phone interview.

With two new executives on board to launch the business, Koenig said he expects to announce the first loan in the space within the next several weeks.

Within a year, Monroe could have hundreds of millions of dollars of loans in the sector, Koenig said. All told, Monroe now counts about $2.8 billion of committed and managed capital under management.

This will be the fifth industry vertical for Monroe, along with employee ownership stock plans, healthcare, media and technology.

Koenig said asset-based lending for middle-market retail and consumer products ranks as one of the hottest buyout sectors, along with healthcare. Consumer-facing companies comprise about a third of U.S. gross domestic product as “one of the dominant sectors of the economy,” he said.

Monroe has hired Andy Moser and Marc Price as co-heads of the retail  and consumer products asset based lending group.

Moser was previously CEO of Salus Capital Partners, while Price was an executive vice president at Salus. Salus, which is a unit of Harbinger Group Inc, last year completed $1.5 billion in loan commitments to more than 55 companies in the U.S. and Canada.

Action item: General inquiries for Monroe Capital can be sent to info@monroecap.com.