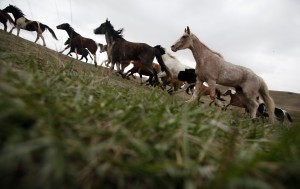 The Montana Board of Investments continued its run of small and mid-market fund commitments with a $25 million allocation in August to JLL Partners latest flagship fund, according to board documents released in advance of its October 6 meeting.

The JLL commitment is one of three commitments that Montana’s $10 billion pension fund made to mid-market funds over the last year or so. In addition to the JLL pledge, Montana also committed $20 million to American Securities’s latest fund in December and $10 million to Spire Capital Partners III the previous September.

The pension fund made a similar effort to gain exposure to the middle market in early 2014 when it committed a combined $60 million to funds managed by Guardian Capital Partners, Kinderhook Industries and Veritas Capital.

JLL set a $1 billion target for its latest flagship, earmarked for control investments, according to New Jersey Division of Investment documents. New Jersey’s State Investment Council approved a $150 million commitment to JLL Partners Fund VII at its January 2015 meeting. An attempt to reach executives at JLL for comment was not successful.

Montana is also a limited partner in JLL’s fifth flagship fund, a $1.5 billion 2005 vintage pool that had netted an 11.6 percent internal rate of return and 1.7x multiple through the end of the first quarter, according to Montana Board of Investments documents.

The firm’s sixth fund, which closed on $807 million in 2009, netted a 25.3 percent IRR as of December 31, according to Colorado Public Employees’ Retirement Association documents.

The Montana Board of Investments portfolio had a 10.7 percent allocation to private equity as of June 30, according to pension documents. Its private equity portfolio was valued at approximately $1.1 billion as of the same date.