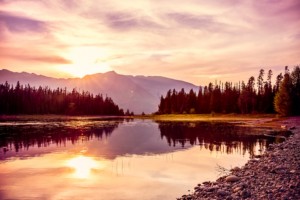 The Montana Board of Investments finalized $50 million of commitments to private equity funds in December, according to an investment memo included in its recent meeting materials.

The Board of Investments committed $25 million each to Axiom Asia Private Capital IV and McCarthy Capital Fund VI, according to documents in its Feb. 23 meeting packet. The board, which manages the state’s investment funds, oversees a $1.1 billion private equity portfolio with stakes in 164 funds.

Omaha, Nebraska-based McCarthy Capital set a $325 million target for Fund VI, according to a fund presentation obtained by Buyouts. The firm specializes in high-growth, lower middle market companies. McCarthy typically acquires businesses with enterprise values of up to $200 million, typically investing between $10 million and $30 million per deal.

Montana’s commitment to McCarthy VI is its first with the firm, which was founded in 1986.

The Board of Investments also re-upped $25 million to Axiom Asia Private Capital’s new fund of funds, whose target could not be obtained at press time. The Singapore-based firm raised $391 million for Fund IV through Nov. 24, according to an SEC filing.

Axiom’s previous fund of funds, a 2012 vintage, netted a 12.31 percent internal rate of return and 1.16 multiple through Sept. 30, according to Montana documents. The Board of Investments has committed $50 million to Axiom funds since 2009, netting the retirement system a 12.2 percent IRR and 1.3x multiple.

Montana’s private equity portfolio netted a 12.48 percent IRR since its inception. Roughly half of its portfolio is invested in buyout funds, with the remainder spread across distressed, mezzanine, special situations, venture capital and co-investment strategies.