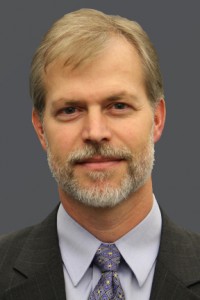 Here’s how it works. A private equity fund GP signs up investors, which make an uncalled commitment to a fund. A subscription credit facility provides a loan to the fund backed by unfunded LP commitments as a source of repaying the loan.

There are two benefits, Mascia said. The first is that “the fund can close an investment with cash the next day and there’s no need for limited partners to fund the call,” he said. ”The second benefit is it allows funds to steer capital calls and consolidate them, which creates an administrative convenience for the fund and limited partners.”

“The company gets much better pricing and better covenants,” Mascia said. “The advantage for the fund is portfolio companies can operate more efficiently and they can put cash they save on the loans to other uses. So it has return benefits to funds.”

Mascia said it’s important for GPs to work with their LPs in a fund ahead of any subscription credit facilities, especially around the issue of the timing of capital calls. Certain LPs are more interested in being funded sooner than others.

One solution is an agreement between GPs and LPs that if a subscription facility hasn’t been repaid within six to nine months, than the IRR calculation commences. Such an agreement would be included in the limited partnership agreement.

In cases where it isn’t getting paid back by routine capital calls, the subscription credit facility remains a full recourse loan to the fund, enabling repayment from the liquidation of the fund’s assets. If the fund’s investment portfolio proceeds are insufficient to fully repay the loans, the fund and the lender may pursue the LPs for their alleged breach of the LPA. Defaults have been rare, however.