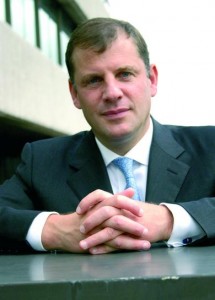 It officially returned last year with a £50m seed fund, which is currently 50% invested. The – to give it its full title – was established in 1999 from a £200m endowment from the . It is the largest single fund that has an element of public money aimed at early stage investment.

There are two schools of thought when it comes to government support for early stage companies in the UK: one says it is to be vigorously encouraged and appreciates the degree of safety such backing provides; the other is more cautious, more sceptical. This argument rests on the premise that the government can only do so much, that is should only do so much. Too much investment from government-backed organisations can, in fact, make the situation worse by artificially inflating valuations.

However, there is no doubt that organisations like or the , or investment vehicles like are useful, if not crucial, in the support of entrepreneurship and innovation in the UK. NESTA’s three deals in 2008 have included a £100,000 investment in , a computer game company; leading a £1.2m round for , a computer telephony software developer; and participating in a £470,000 investment in , a spin-out from the Defence Science and Technology Laboratory, that is producing technology to enable earlier detection of disease.

NESTA is headed up by Jonathan Kestenbaum, previously chief of staff to Sir Ronald Cohen. He argues that public money is at its most effective when it brings in private investment: “Public money can take on a risk appetite at the earliest possible stage where private funds can’t.” The presence of a fund like NESTA is important to attract private venture capital investment, acting as a bridge between otherwise too risky enterprises and traditional VCs.

NESTA’s presence and the private backing this brings is not just about the money. “It gives a sense of confidence to the entrepreneur that there is a genuine opportunity here. It helps establish a commercial framework within which an entrepreneur can operate,” says Kestenbaum.

NESTA isn’t alone in the public money for private companies’ business. There are a whole range of financing pools for entrepreneurs to tap. One such source are Enterprise Capital Funds – ECFs – the first tranche of which were launched in 2006. A government initiative to bridge the £250,000 and £2m equity gap for seed stage technology businesses, the ECF mandates were awarded to VCs following a competitive tender, with the winning firm managing a fund consisting of its own money and that of the government, as well as contributions from other funding sources like business angels.

The ECFs themselves were borne out of RVCFs – Regional Venture Capital Funds – the first round of which were launched in 2002. Nine in total have been set up, the largest of which is The Capital Fund, which targets businesses operating in the London region. It made its fifth exit in February through the sale of Solcara, an information management software specialist, for £4.5m. Solcara’s founder, Ray Jackson, said of the role such funds play in the development of young companies: “The Capital Fund and the other regional venture capital funds are excellent examples of government-backed initiatives that really work. It can be very difficult for companies like Solcara to get venture capital funding, and supporting growing entrepreneurial businesses is just what The Capital Fund should be – and is – doing.”

And this is the point. ECFs, RVCFs, NESTA and their ilk act as a conduit between small, young companies and growth into fully-fledged profitable companies by providing both start-up finance for entrepreneurs and a level of confidence for private investors. Public money is one part of what Lord Sainsbury called in his report “the innovation ecosystem”. NESTA’s Kestenbaum said: “Companies need different pools of capital which are doing different things at different times throughout its development. Public funds have tried to do it all on their own and this is a mistake. They have tried to fulfil too many objectives at once – be they under pressure to invest in a specific sector, or ensure job creation or invest in a region – and failed. We have an extremely clear focus and know what we need to do.”