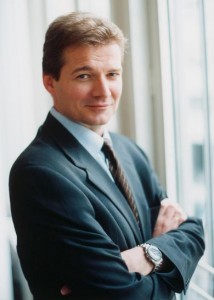 Helmut Schühsler, managing partner at German VC firm , has been named as the new chairman of the (), replacing Mercapital’s Javier Loizaga.

Schühsler joined TVM in 1990 and over the course of his career has served on a number of academic, industrial and administrative committees including as member of the Senate of the Hermann von Helmholz-Gemeinschaft Deutscher Forschungszentren (HGF), a scientific research institution. He currently serves on the board of directors of Concert Pharmaceuticals, Curacyte, Develogen, Ingenium Pharmaceuticals and SelectX.

Prior to TVM he was an investment manager at Horizonte Venture Management in Vienna. He wrote his doctoral thesis at the Economics University of Vienna in the area of business administration.

He joins at an interesting time for EVCA and the industry as a whole as the body looks to improve its organisation to cope with the increased media and political onslaught on private equity. To this end EVCA is setting up three separate platforms – venture, buyout and large buyout – each of which will work under the EVCA umbrella. Details of how this new structure will function have yet to be finalised, and the body hopes they will be up and running by June 2008.