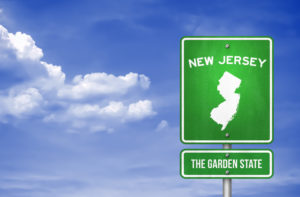 New Jersey public pension system has long been known as a low-paying place for investment staff, at least compared to other public systems around the country, not to mention the private sector.

Because of this, the system has had a tough time retaining talent, especially when it comes to private equity, where New Jersey has been a revolving door of talent.

A new bill seeks to make New Jersey’s system more competitive, at least at the highest level, by eliminating the salary cap on the director of the investment division role, which has long been capped at $200,000.

The bill, sponsored by Democrat state senator Paul Sarlo, instead gives authority to the state treasurer to determine the director’s salary. Governor Phil Murphy signed the bill into law on June 30, according to a spokesperson for the Treasury department. Sarlo introduced the bill on June 21.

“It’s a long time overdue,” said one former Treasury employee. “I don’t think it’s ever gotten this far,” the former employee said about legislation to remove the cap.

The division is in charge of investing the assets of the state public pension system, which currently sits at about $90.6 billion. The division is led by Shoaib Khan, acting director, who joined in January as deputy director. He moved into the role vacated by Corey Amon, who took over the director role. Amon then stepped down from his role in June to take over the CIO role with the National Rural Electric Cooperative Association.

Khan’s salary was $190,000 as of June, according to a state worker compensation database from New Jersey NJOIT Open Data Center. The database is updated quarterly. Amon’s salary was $200,000 at the time of his departure, the database said.

New Jersey’s public pension system, like others around the country, must contend with tension between the high-salaries that investment and finance professionals command in the private sector, and the potential pay imbalance that could arise between investment staff and other public workers like teachers, police and firefighters. Public worker unions in New Jersey have been vocal about strictly regulating pay to avoid such imbalances.

In 2017, then-Investment Council member Guy Haselmann said New Jersey’s investment staff was paid around two-thirds less than their peers at similar institutions, Buyouts reported at the time. “This staff deserved to be paid a competitive rate for the work that they do, and it’s not even competitive,” he said. At the time, the Division had lost most of its alternatives investing team.

New Jersey had a 13 percent target allocation to private equity, and an actual allocation of 11.06 percent as of April 30, according to information from the pension system.