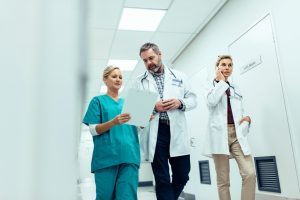 New MainStream Capital is targeting $650 million for its fourth lower mid-market fund, according to a Form D.

The firm’s sectors of focus, healthcare and business services have seen positive headwinds during the pandemic.

NMS Fund III targeted $350 million, as Buyouts reported. It closed in 2019 at its $450 million hard-cap, according to a press release.

New MainStream was spun out of Goldman Sachs’ merchant banking division in 2010 by managing partners Martin Chavez and Kevin Jordan. Other partners are Luis Gonzalez, Thomas C Nolan and chief financial officer James G Wilson, according to the firm’s website.

The prior fund is still early in its life, so returns are not yet meaningful. According to a consultant performance report given to Los Angeles City Employees’ Retirement System last year, its net internal rate of return as of December 31, 2019 was -4.7 percent, as Buyouts reported.

According to New MainStream’s Form ADV, the firm charges the industry-standard fee structure of a 2 percent management fee, 20 percent carry and an 8 percent hurdle.

New MainStream did not respond to a request for comment.