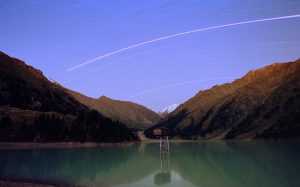 The council approved the plan at its Aug. 22 meeting.

The New Mexico fund has taken longer than expected to hit its 12 percent allocation target, Smith’s report says. New Mexico held roughly 8 percent of its assets in PE as of June 30.

“The continued strength of the public equity markets has resulted in total plan assets increasing at a faster rate than the pacing model assumption,” Smith wrote in his report.

“In addition, this market resilience has resulted in an accelerated pace of investment realizations and cash distributions from the funds, which has most directly pressured net contributed capital.”

Between 2011 and 2014, PE distributions to New Mexico exceeded the capital called by its managers by around $700 million. That trend began to reverse over the past two years, which will help the State Investment Council reach its allocation target.

In addition to moving forward with its FY 2018 investment plan, the council also approved more than $230 million of new commitments to private-markets funds at its meeting, Wollmann said.

Its lone commitment to a traditional PE fund, as much as $75 million, went to Nordic Capital’s ninth flagship buyout fund. The fund is targeting 4 billion euros ($4.75 billion) for investments in Nordic and Northern European companies, Minnesota State Board of Investment documents show.

New Mexico backed a pair of Carlyle Group funds as well, allocating up to $100 million to Carlyle Realty Partners VIII, which is targeting $5 billion, and up to $50 million for NGP Fund XII, targeting $5.3 billion. Those commitments were made through New Mexico’s real-estate and real-asset allocations, respectively.

The sovereign wealth fund also reapproved a commitment of up to $7.5 million to Kickstart Seed Fund IV, an early-stage venture capital fund slotted in its in-state investment program, Wollmann said.

New Mexico first committed to the fund at its November 2016 meeting but never closed on its allocation. Its initial commitment called for a $5 million to $7.5 million stake in the fund, or up to 10 percent of the vehicle’s investable capital.

At the time, Kickstart had closed on only $30 million. New Mexico’s minimum commitment of $5 million would have exceeded its 10 percent cap and, eventually, the council’s approved commitment lapsed.

The firm has since increased the size of the fund to $55 million, thereby allowing New Mexico to move forward with its preferred allocation without exceeding 10 percent of the fund’s investable capital.