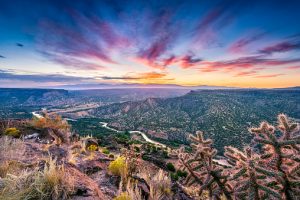 New Mexico State Investment Council raised the targeted amount for an in-state private equity program by more than $200 million and wants to increase the legal cap on the program’s size.

The council also decided to pursue a change in state law increasing the legal cap on the severance tax fund’s in-state private equity investments from 9 percent to 11 percent.

A council working group stressed that it was not directing staff to make any level of investments. Council member Linda Eitzen, who presented the working group’s findings, said that in the past low stock prices caused the value of the overall fund to go down, constricting its ability to make new private equity investments.

“We are just raising the amount to give us a bigger window in case there should be a market correction,” she said.

Council also approved a $10 million commitment to Anzu Industrial Capital Partners II, managed by Anzu Partners and launched in April with a $150 million target. It is part of the regional program, and is subject to final negotiations on terms and conditions.

The severance tax fund was created in 1973 as a way to save and re-invest taxes taken from the state on oil, gas and other natural resources, according to New Mexico’s website. As of Oct. 31, the fund was valued at $5.5 billion. The other major New Mexico fund, the Land Grant Permanent Fund, was valued at $19.13 billion as of Oct. 31.

As of Sept. 30, the severance tax fund’s overall private equity program made up 11.8 percent of its portfolio, against a 12 percent target. The land-grant fund’s allocation was 12.1 percent.

As of Tuesday morning, New Mexico’s holdings had a net asset value of $26.86 billion.