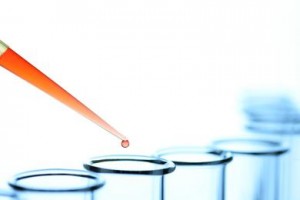 Just when the appetite for European biotech was showing signs of a healthy recovery from the 2001 venture fallout, along comes a recession. But with LP appetite for the buyout market at an all-time low, now could be the time for the smart investors to take the plunge in one of the few sectors that still offers double-digit returns.

The European biotech sector has taken a roller coaster ride this decade. First the burst tech bubble halted almost all early stage funding, then big buyouts stole all the headlines and it was difficult for LPs to justify investing in any other market segment. More recently, depleted balance sheets have made investors more risk averse, and with many biotech projects in need of start-up or early stage funding, many VCs have looked towards more mature companies.

The stats support this. According to the British Venture Capital & Private Equity Association’s (BVCA) Private Equity and Venture Capital Report on Investment Activity 2008, early stage financing in the UK fell to £359m in 2008, a steep £600m drop from 2006 levels and also a significant decline from the £434m invested in 2007. The amount invested in UK pharmaceutical and biotech companies also fell, from £210m in 2006 to £158m in 2007, with the figure for 2008 standing at £112m.

Stephen Bunting, managing partner of Abingworth, a specialist healthcare and life sciences investor, highlights the characteristics of today’s market. “In the current market investors are very sensitive to financing risk and so are being more cautious. By its very nature, the biotech sector is both capital-intensive and long term. It is unsurprising that some VCs are less willing to commit,” he says.

Rob James manages DFJ Esprit’s portfolio of healthcare and medical technology investments. He says: “Previously, you would see investors clubbing together to inject in excess of £50m a series of funding rounds. Now, partly due to public market scepticism of businesses that have been excessively funded, and partly to minimise risk to the investor, very few VCs are willing to make these types of commitment, and therefore very few people today are investing in drug discovery projects.’

The business of science

Risk averseness may be understandable, but it has serious implications for the biotech industry.

Tim Dempsey, director of early stage VC house Epiphany Capital, says: “There has been a clear flight to later stage transactions, where the risks are less severe, and this leaves a shortfall in funding for early stage companies. VCs are not to blame for this, as they need to follow the commercials of their investments, not the science.”

Per Carendi, CEO of Nordic-focused VC firm SLS Invest, believes the current under-investment is a product of poor performance. “The European venture industry’s track record in biotech is very poor. Over the years we have seen too many innovations, ideas and products that were unworthy of investment, and this has generated some poor returns. The industry has been too science-focused and less commercially orientated, and this needs to change quickly if we are to side-step another 10 years of failures.”

Dempsey agrees. “There is an old adage in the industry that a bunch of scientists does not make a business,” he says.

But Bunting does not think it’s necessary to climb up the funding ladder: “I don’t believe there is a pressing need for VCs to completely move away from doing early stage deals, given the capital requirements for seed deals are much smaller, and in any case the majority of deals are backed by syndicates, which are strong enough to fund the deal for some years in the future.”

Another criticism is also raised against groups that don’t take a serious, long-term approach to the biotech industry. Shahzad Malik, partner at UK VC Advent Venture Partners, says: “Too many investors have dipped in and out of biotech without fully understanding what they are dealing with, and have had their fingers burnt, creating bad publicity. This has had a negative knock-on effect for those investors who understand the market and know what they are doing.”

Furthermore there are some who believe that the traditional venture capital model does not lend itself to biotech investments. Carendi says: “The typical VC fund horizon is often too short to realise an investment and generate returns for our investors. That is why we have transformed our structure to an evergreen fund, which is not based around a fund raising-investment-exit cycle.’”

In response to funding difficulties, change is afoot in the biotech industry. Malik explains: “The old model of building a biotech company used to be: take a piece of biology, add some chemistry, and build a company around it. Whereas some investors are still persevering with it, I believe this model is now broken, mainly because it requires sinking too much money into the initial investment. What we need today is to be disciplined in terms of entry valuation, ongoing investment and exit valuations. The era of writing big cheques up front is over.”

Antoine Papiernik, managing partner at French venture capital outfit Sofinnova Ventures, identifies other ways of reducing financial expenditure: “Backing spinouts from large pharmaceutical companies is a sound strategy, as you are dealing with mature companies where all the early stage investment has already been made by the parent company. In most cases, phase three testing has already been completed. The big pharma companies recognise the fact that they are not expert at building businesses – they are always consulting us on issues such as board composition and share structure – and this is where the VC comes in.”

In a harsh economic climate, opportunities from other quarters present themselves. SLS Invest’s Carendi says: “Right now there are golden opportunities to invest in turnaround situations or distressed assets. This benefits both the purchaser, who can snap up reasonable priced assets, and the vendor, who is looking to minimise his losses.”

Papiernik agrees: “Turnarounds not only offer the opportunity to build on the good work that has already been done by the previous owner, but also allows E, F or even G rounds of funding to be concluded on terms that are often better than an A round.”

Whereas the economic downturn has created opportunities, it is nonetheless preferable to be out of a recession than in one. On this front, projections are good. “We are now at the end of the bottom of the cycle and I am optimistic because I see that investments in the sector are starting to push through stronger,” says Rainer Strohmenger, partner at German VC Wellington Partners. “There are numerous signals that we are approaching a new IPO window, which would create exit opportunities. Now is the time to be either making new investments or preparing for an exit.”

Although the VC community is more cautious than ever, one prevailing factor will ensure that investors will always be willing to take a punt on biotech: the returns.

Dempsey says: “When compared with technology companies, biotech offers a less-pressurised environment when it comes to returns. The phases of testing and the rigid regulatory environment ensure a huge amount of due diligence is undertaken throughout the course of the investment, and consequently the returns are often far better than those associated with a technology investment.”

As testament to this philosophy, some recent exits have caught the headlines. In December 2008 Advent Venture Partners sold obesity treatment pioneer Thiakis to Wyeth Pharmaceuticals for £100m, generating 7x returns. Furthermore, in February this year – at the nadir of the recession – Sofinnova sold CoreValve for US$700m in a deal that represents the investor’s most successful exit ever, returning 10x money.

Soffinova’s Papiernik concludes: “With biotech there is no point aiming for 2x returns because this is the kind of returns you can get from buyouts, which carry substantially lower risk. You should always aim for 10x returns that will keep your LPs interested.”