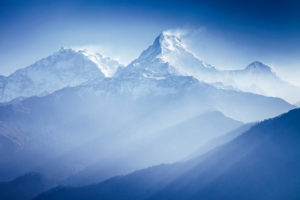 New Mountain Capital has brought back a process to move assets out of its 2007 fund and into a continuation pool, after it pulled an earlier version of the deal when the largest asset was picked off by a strategic buyer.

The deal is among several large GP-led, multi-asset processes on the market this year, including one of the largest run by Leonard Green that totaled around $2.5 billion. GP-led deals have been dominating the market since last year as GPs look for ways to hold assets longer than allowed under traditional private equity structures.

Ardian is again the lead buyer on the deal, sources told Buyouts. The deal is smaller than originally envisioned, and only includes Western Dental; Information Resources; and Avantor.

The deal would allow limited partners in New Mountain’s Fund III to sell their stakes in the assets, or roll their interests into the continuation fund. The original deal would have allowed existing LPs to pledge new capital to top-up their commitments, while LPs who didn’t choose to sell or roll would automatically be cashed out.

The revived deal has quickly proceeded through the market, as it’s not in its election phase, when existing LPs decide whether they want to cash out or stick with the assets in the continuation fund, sources said.

Fund III, which closed on $5.1 billion in 2007, has been a strong performer. It was generating a 13.8 percent net IRR and a 2.1x multiple as of September 30, 2020, according to performance information from the California Public Employees’ Retirement System.

Secondaries volume, which came in around $60 billion last year, is expected to recover its momentum this year as markets emerge from the pandemic. GP-led deals, like single-asset processes and direct secondaries, represented about 43 percent of total volume last year, according to Campbell Lutyens’ full-year 2020 secondaries report.