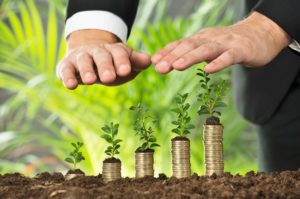 Newbury Partners is targeting $1.75 billion with a hard cap of $2 billion for a fifth secondary fund, according to a person with knowledge of the matter and a Form D fundraising document.

Newbury Equity Partners V, launched more than a year after the $1.45 billion close of Fund IV, secured initial commitments this month, the source said. It is expected to wrap up in the first half of 2020.

The first close was anchored by significant re-ups from existing limited partners, the person said. They were joined by several new investors. The fund is expected to have about 65 LPs in all, the source added, or roughly the same number that committed to its predecessor.

Newbury funds have been backed by corporations, endowments and foundations, family offices, insurers and pension plans across North America, Europe, Asia and Australia.

Newbury, which is based in Stamford, Connecticut, declined to comment on its fundraising activity.

Fund V will hold to Newbury’s longstanding strategy, the source said. The firm acquires stakes in buyout, mezzanine, special situations, venture capital and other private equity funds from LPs seeking liquidity. It specializes in small and mid-sized transactions of up to $250 million but with no minimum size.

Most deals are expected to range from $1 million to $100 million. In a 2018 statement, Newbury said it sees this space as less competitive because of the strong attention paid to big transactions by intermediaries and large secondary funds. The firm uses a global network to source privately negotiated opportunities, reviewing potential investments in North America, Europe, Asia and elsewhere around the world.

With the launch of Fund V, Newbury is looking to remain “the biggest small guy” in secondaries, the source said, and continue to be “in a position to find the inefficient part of the market.”

Newbury has since inception completed more than 200 transactions.

Newbury’s latest vehicle comes at a time of intensifying secondary fundraising. After a slow H1 2019, activity ratcheted up in the second half, PEI Media data show, thanks in part to Blackstone Group’s Strategic Partners VIII, which closed in July at $11.1 billion. Lexington is on the verge of wrapping up its ninth fund at a $12 billion target, Buyouts reported last month.