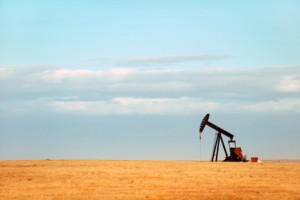 Two private equity executives focused on the energy sector said it’s only a matter of time before low oil prices that have sent shocks through the U.S. energy patch will rise, but they’re not sure how long the current trough will last.

Hersh said he expects oil to rise from about $45 a barrel now to $50 or $60 a barrel in 2016 or 2017, but there’s little consensus among forecasters. He said experts predicting $20 oil may get more attention, but he’s keeping an eye on several trends that suggest the direction of prices could go the other way.

In response to low prices, the energy  industry has cut back on drilling and production; also multi-year mega-projects around the world have been pushed further into the future.

Unlike prior oil price collapses in the late 1990s and in 2009, the current drop is tied not to a drop in demand but from a large increase in supply, Hersh said.

With low gasoline prices in the United States, consumption of fuel may rise as Americans buy more sport utility vehicles and trucks, which have been  posting strong sales numbers.

Hersh said another government initiative around climate change may also create more opportunities for natural gas and other energy players.

First Reserve Corp Managing Director Neil Wizel said he expects a difficult 2016 in the energy patch, with oil possibly falling to the $30 range.

“You cannot meet long-term demand with oil under $60 a barrel,” Wizel said.

First Reserve has been focusing on backing known management teams with access to low cost production in the Gulf of Mexico and elsewhere.

“We’re being very selective,” he said.

First Reserve isn’t focusing as much on oil production investments, but it’s seeing some opportunities in oil and natural gas pipelines and infrastructure.