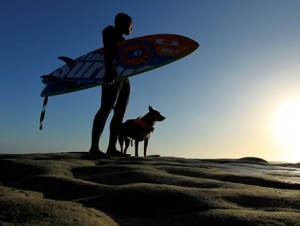 San Diego City’s account with GCM Grosvenor committed $153 million to private equity over the previous fiscal year, more than half of which came in the form of co-investments and secondary acquisitions, according to pension documents. Chief among them was the participation in a complex tender offer prepared by KRG Capital Partners earlier this year.

While terms of the deal remain unclear, the secondary acquisitions and new commitment are roughly consistent with the blueprint laid out by Ardian, which acquired Pennsylvania Public School Employees’ Retirement System’s stake in KRG IV in the first quarter. As part of that deal, Ardian made a small commitment to Fund V and syndicated a portion of its acquisition to other buyers, sources told Buyouts in an earlier interview.

San Diego’s access to a tender offer is likely a function of its association with GCM Grosvenor, which is said to have a very strong relationship with KRG, a secondary market source said. San Diego’s GCM Grosvenor account also holds stakes in Revelstoke Capital Partners and Excellere Partners funds, both of which are led by KRG alums.

KRG declined to comment, while GCM Grosvenor and San Diego’s CIO, Liza Crisafi, did not respond to requests for comment.

In addition to the three to seven traditional fund commitments San Diego City will make next year, GCM Grosvenor will take an opportunistic approach by continuing to allocate to J curve-mitigating co-investments and secondary strategies, according to pension documents.

San Diego City launched its private equity program in 2009 and tasked GCM Grosvenor with developing half of the pension’s targeted allocation to the asset class, which was originally 5 percent. StepStone is responsible for the other half of the program.

The board doubled its private equity target in 2010, which led GCM Grosvenor to escalate the account’s commitment pace from $77 million in 2014 to an estimated $146 million in 2015.

A higher allocation and commitment surge will likely prolong the portolio’s J curve. Last year, GCM Grosvenor pushed back the program’s expected breakeven point from 2020 to 2021.

To account for a longer J curve, the firm began allocating more of San Diego’s capital into secondary deals and co-investments, areas that are likely to generate cash. Last year, San Diego City’s average co-investment size was $7.9 million, an increase of $1.3 million from the previous year’s mean. Notably, secondaries’ share of the portfolio jumped from 5 percent to 24 percent.

The trend will likely continue into the next year, according to pension documents. San Diego City could take co-investment stakes up to $15 million over the next year, and the account will continue to make commitments to secondary market deals.

Other SoCal pensions are also notable for venturing away from traditional investment models. In 2014, the Orange County Employees Retirement System formed a coalition of other public pensions to hire Pantheon for a fund-of-funds to reduce private equity fees.

One of the members of that coalition, the San Bernardino County Employees Retirement System, also developed an interesting method for developing exposure to private equity and other alternatives. In August, San Bernardino expanded a $195 million account with Partners Group to invest in private debt and infrastructure.

San Diego City had a 7.6 percent allocation to private equity as of March 31, according to pension documents. The retirement system values its portfolio at $520.3 million.