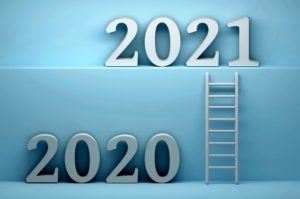 Fundraising by North American private equity firms in 2020 was surprisingly robust, especially considering the hurdles erected by the covid-19 pandemic.

The health crisis slowed the pace of fundraising for some managers and suspended it for others. In addition, limited partners shifted focus, often neglecting fundraising that was not in advanced stages.

These facts notwithstanding, 617 buyout, growth equity, secondaries, venture capital and other PE funds secured $311 billion by year’s end, according to preliminary Buyouts data. While this is down 34 percent from the peak $471 billion raised in 2019, it approximates or improves on the activity of prior years.

Last year’s results owe in part to closings of offerings launched before the outbreak of covid-19. PE firms and their investors also adapted quickly to remote modes of fundraising, making it possible to wrap up multi-billion-dollar flagship vehicles in normal timeframes.

Buyouts identified nine key trends that drove PE fundraising in 2020, some of them influenced by the pandemic. They are expected to also feature prominently in this year’s market.

Lockdowns, social distancing and travel restrictions imposed by covid-19 significantly disrupted the fund due diligence of LPs, which is typically conducted face to face. In a major departure from this approach, virtual fundraising, supported by video conferencing apps like Zoom, filled the gap in 2020.

As vaccinations will take time to roll out, remote technologies will continue to enable marketing in 2021, at least in the first months. Because of their cost-effectiveness and convenience, virtual options may even survive the pandemic for some types of PE funds and fundraising.

The health crisis prompted a flight to quality in fundraising, as LPs showed a preference for commitments to general partner teams they knew well. This meant brand-name managers were best positioned to secure capital virtually, with many hitting or exceeding their fund targets.

Thoma Bravo, 2020’s top fundraiser, is a case in point. LPs flocked to the firm’s 14th flagship and mid-market pools, resulting in a massive $22.8 billion haul inside of seven months. Managing partner Orlando Bravo told Buyouts the rapid pace was due to “our deep relationships with LPs.”

Emerging managers do better than expected

PE firms with first- or second-time offerings last year met greater challenges, especially those without extensive LP relationships. For them, virtual meetings did not often satisfy investors needing “to look in the light of their eyes,” Probitas Partners managing director Kelly DePonte said.

Covid-19, however, did not stem the tide of debut fund launches and closes, above all those led by GPs and teams spun out of established shops. Emerging managers founded by veterans of Blackstone, Goldman Sachs, HIG Capital, Marlin Equity, TPG and Warburg Pincus were among the highlights of 2020 fundraising.

Buyout cedes ground to other strategies

Buyout is commonly the fundraising market’s most popular strategy – by far. In 2020, it ceded some ground to other PE strategies. While buyout vehicles captured almost half of capital raised last year, preliminary Buyouts data show, that share is down from 61 percent in 2019.

Instead, strategies like distressed/turnaround, secondaries and venture capital gained share, reflecting important underlying currents in the deal environment. Such strategies are expected to have continued momentum in the year ahead.

Secondaries fundraising was off the charts last year, taking 12 percent of commitments, double its 2019 share. A key to the dollar hauls were giant offerings like Lexington Partners’ ninth flagship, one of two global pools to amass a record $14 billion. Another was Goldman Sachs’ Fund VIII, which collected $10 billion.

Software and tech strategies were sought-after in 2020, evidenced by top fundraiser Thoma Bravo and the close of Insight Partners’ $9.5 billion Fund XI and Francisco Partners’ $7.5 billion Fund VI. This builds on a trend started in 2016, with tech-focused fundraising since then averaging $100 billion or more per year.

The tech sector’s resilience during the health crisis, and its seemingly open-ended prospects, are helping to power fundraising. The January wrap up of Silver Lake’s sixth flagship vehicle at $20 billion – the largest tech PE pool on record – indicates activity will also have impetus this year.

The pandemic’s fallout was expected to usher in a new era of distressed and turnaround investing. While this happened in certain hard-hit sectors, a broader deal pipeline did not materialize. An alternative theme of 2020 fundraising was dislocation strategies emphasizing transitional capital needs.

A shift is taking place in energy PE fundraising, with traditional oil-and-gas offerings falling out of favor with LPs. Many investors instead prefer opportunities that are more in line with their environmental, social and governance policies, such as power and renewables.

Long-life funds are relatively new to the market but have made headway. Blackstone raised $8.2 billion for a second offering in 2020 – the biggest to date. Head of private equity Joe Baratta said the “idea of holding investments in a single vehicle with a 20-year view…is now an asset class.”

The asset class is likely to have legs in 2021, especially as new players enter the space. Silver Lake, for example, last year announced a first-time partnership with Mubadala to invest $2 billion over a 25-year period.