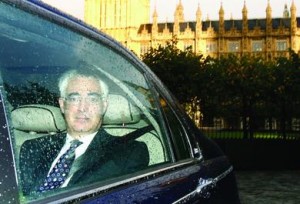 Alistair Darling won few friends in private equity circles this month with his introduction of a flat rate capital gains tax rate of 18% and the scrapping of taper relief. Intended to both simplify a complicated tax regime and increase the tax burden on private equity executives following a year of intense scrutiny over their earnings, the changes have been roundly attacked by pretty much everyone in the industry.

“The changes I propose to capital gains tax also, taken together with the tax loopholes that I am closing, will ensure that those working in private equity pay a fairer share,” Darling said in his Pre-Budget Report to the House of Commons. The issue of fairness has dogged the debate in the press, yet cries from many quarters are arguing it is not fair at all.

“It’s a very peculiar move,” says Mark Owen, director at mid-market firm . “It’s not something that will have the right long-term effect for British entrepreneurship. I think it will have a negative effect on people who want to start-up a business and on those who want to sell their business. Our business as a result will be negatively effected because there will be less opportunities and opportunities will come on less favourable terms, and the ability to do deals will be harmed.”

It’s a common complaint, one mixed with surprise and annoyance, with an acute awareness that the government appears to be targeting all of what private equity encompasses as it tries to reign in the profits being made by the mega LBO firms. By using what Owen calls a “scatter-gun” approach, the Government has placed a handicap on all private equity, venture and buyouts alike.

“This decision by the Government could have dire consequences for small and medium size businesses throughout the UK. By introducing a flat capital gains tax rate, Darling has effectively removed the tax advantages available to investors who back unlisted companies,” says Gary Robins, CEO of UK private investor syndicate . “Doing away with taper relief altogether means that there is no longer any reason for investors to hold unquoted shares for a longer period. It will have the undesirable effect of encouraging short-termist investing.” There’s some irony in this as many of the criticisms leveled at private equity over the course of the year have been that it is short-termist, just in it for the quick buck. Now the Government has responded by enforcing a new tax ruling which will actually dissuade investors from staying in for the long haul.

Tim Green, managing partner at , is more optimistic than many, arguing it could have been a lot worse for private equity. “But in regards to the impact it will have on small companies and venture capitalists, it is a little ill thought out. It seems a politically motivated move to punish those big bad private equity guys who rob from the poor and give to the rich,” says Green, tongue planted squarely in cheek.

Mark Spinner, corporate partner and head of private equity at law firm , says: “We do not believe the change to CGT will stop private equity deals going through, but our research into mid-market firms which have been bought out by private equity houses showed that 75% found that private equity was the only financing option available to them. If the flat 18% rate is introduced, it will be the more marginal deals that are hit hardest.”

Andrew Newland, CEO of , a UK venture management and consulting company specialising in the commercialisation of technology, slammed the decision to scrap taper relief for “completely destroying the entrepreneurial drive” of the UK. “The one seriously good thing Gordon Brown did as Chancellor – to provide incentives for new businesses – has now been completely undone when he becomes prime minister.”

As reported in the Financial Times following Darling’s speech to the House of Commons, the large LBO firms, the intended “victims” of the decision, have largely shrugged off the move. “It’s a sledgehammer to crack a nut”, says Owen. “The number of people they were trying to hit, i.e., the bigger private equity bosses, they should have done something much more targeted. If they were trying to target the few, they’ve failed.”

Newland says: “Capital gains tax is such a blunt instrument to use. We need to be extending tax reliefs not destroying them. It is already a struggle to attract high caliber management to early-stage companies, and this is just going to make it even harder.”