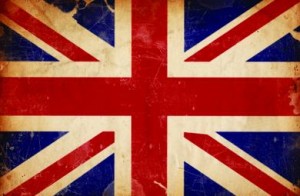 Private equity houses in the UK market are facing a tough environment when it comes to sourcing debt for transactions, as lending banks tighten their policies and more equity is required.

There continues to be activity in the mid-market and the first quarter also saw significant activity, particularly in the smaller deals market, thanks to capital gains tax (CGT) changes introduced on April 5. But it is clearly a difficult market for buyouts and for M&A more generally.

According to research by accounting firm , the volume of announced M&A deals in the UK fell to their lowest level for four years in the first quarter of 2008. Just over £7bn of deals were announced, down 40% on the same period in 2007. In terms of the number of deals, the figures were the lowest for any quarter in the past 10 years.

A less gloomy scenario was painted by figures from the () in mid-March, which suggested that nearly £5bn of UK buyouts would be completed in the first quarter.

This, however, was focusing on completed rather than announced deals, and it came after a disastrous fourth quarter of 2007 in which activity had dived by 60%. According to CMBOR part of the apparently positive figures were due to owner-managers seeking to sell companies before the CGT changes came into force.

Christian Marriott, a partner-director at , which sponsors the CMBOR research, says: “It looks like things weren’t too bad in the first quarter but it’s an uncertain time for the private equity market currently.

“Some think that we’re entering an abnormally bad period or that we’ve had two anomalous years in which activity was sky-high and now things are returning to a more normal level. The market overheated and needed to cool down.”

While acknowledging the major challenges facing the market in terms of an economic slowdown and more difficult debt market, Marriott points to a number of more sizeable deals that are being done in the UK. “Nobody is looking for the next EMI or Boots deal, but transactions up to about €2bn seem to be possible,” he says.

Others are more pessimistic, arguing that the lending banks are currently extremely cautious about which deals they will back and that many PE houses are likely to stay out of the acquisitions market and instead focus on their portfolio companies.

Will Rosen, a partner in the private equity group at , says that before the credit crunch many houses were raising funds and spending the lion’s share in 18 months to two years.

He adds: “As a result of the levels of activity over the past couple of years, many private equity houses may not see the need to rush out and acquire in the current environment as they have built large portfolios already and these businesses need to be managed and groomed for future exits.”

Simon Tilley, a managing director at , says business in the first quarter was good, in part due to the CGT changes.

Among the deals that were accelerated because of the tax changes was the sale of beds retailer to private equity house for an estimated £200m. Close Brothers also advised on the management buyout of grocery wholesaler , another deal that closed before the tax changes came into force.

Close Brothers also advised on the sale of music publisher by to a music-publishing fund backed by a Dutch pension. The £130m sale represented a huge more than 18x earnings.

“That’s a very impressive valuation and not one that a financial buyer would have paid, but the pension had long-term liabilities and was looking for an attractive asset offering long-term, stable returns,” says Tilley. He adds that the scarcity of desirable target companies in the market currently is the main reason for valuations holding up.

Jacques Callaghan, managing director of financial adviser , says of the market: “It’s pretty difficult at the moment, not just for private equity funds but also for portfolio companies wanting to make bolt-on acquisitions.”

Despite these problems, deals are being done, albeit with higher equity often required from the PE house. One of the main sources of deals, especially at the larger end, has been the public markets.

In March Apax and Guardian Media Group spent £1bn completing the acquisition of magazine group , while in February the management of waste firm recommended a £1.2bn takeover by PE firms Montagu and Global Infrastructure Partners.

In December 2007, KKR agreed to buy software and outsourcing firm for about £600m, while in the same month First Reserve Corp, a private equity investor specialising in the energy sector, agreed a £906m buyout for listed Scottish oilfield drilling services business .

There have also been some smaller take-privates. In March, 3i agreed to buy , a software company selling to public-sector organisations, for £190m. Also in March, an ECI-led consortium agreed to acquire for £60m.

According to Jacques Callaghan, PTPs accounted for 35% of the private equity deals in the first quarter for deals above £100m in the UK, compared with just 5% in the same period last year.

“I think we’ll see more of these deals going forward, although because of the long gestation period it probably won’t be until late in the year,” Callaghan says. One of the main reasons for this trend, he adds, “is the disconnect between the valuations for listed companies and for LBO pricing”.

Of course, to do take-privates debt is necessary and the squeeze on lending is likely to continue to be a headache for private equity sponsors. But Barclays’ Christian Marriott says it has been less of an issue for many mid-market houses.

“There are still opportunities and there are management teams that want to do deals and have the capital to support that,” he says, adding that Barclays Private Equity was not using aggressive debt packages, even before the credit crunch.

“So the current situation is not a big change for us, Marriott says. “We’re paying about 25 basis points more on the interest margins and repayments are more conventional, in other words amortisation rather than, say, bullet payments.”

Firms such as Barclays were not users of “cov-lite” either, he says, which means the firm is negotiating covenants in broadly the same way now as it was a year ago.

But getting deals done is harder, Marriott acknowledges, and there has been a growing trend towards using clubs of banks to finance transactions, such as Barclays Private Equity’s £85m acquisition of Gardman Holdings, a supplier of wild bird care and garden products.

Some lending banks are, however, willing to take on higher sums if the deal is right, says Marriott, who adds that his firm has very recently agreed a deal in which a UK bank will individually underwrite debt of £60m–£70m. “Some banks see the current environment as an opportunity to increase market share,” he says.

But lending multiples are much lower than they were pre-credit crunch and the multiples of 7x–10x Ebitda, or even higher, that were common before last summer are a thing of the past for the time being.

At the same time, however, valuations for target assets have remained the same. According to one adviser, that means that instead of a 35/65 debt equity split, private equity sponsors are having to look at increasing the equity stake so that the ratio is more like 50/50 or even 60/40, and that impacts in a significant way on potential returns.

He adds that it is not just the multiples that have changed but the requirements of lending banks have got tougher and deals are taking longer to do. “Previously, some of the speed of deal execution was driven by the use of bridge financing, as it was relatively easy to refinance quickly and competitively, but generally that’s no longer available,” the adviser says.

In some transactions, however, banks are able to underwrite higher sums. Simon Tilley of Close Brothers points to the Palmer & Harvey transaction.

“That was a £345m deal, of which £330m was debt underwritten by Barclays and Burdale Financial, part of Bank of Ireland,” he says. The reason those banks were willing to underwrite such a large sum, he says, was because an asset-backed financing facility was involved. This accounted for £280m of the debt, with £50m coming from cashflow-based lending.

Tilley believes that such financing approaches have become more attractive to banks in the light of Basel II banking regulations, which put extra pressure on banks’ risk analysis and capital management. The regulations came into force at the beginning of 2008.

Despite the challenges in the market, deals involving high-quality companies are being executed. And while some banks are effectively closed for new lending, others are actually seeking to do deals.

“RBS isn’t really that keen to lend right now, while Lloyds seems to be involved in a different deal each week,” says one adviser. But he adds that a number of banks are transferring resources from their deal-doing teams to workout groups, which specialise in managing a bank’s troubled loans.

However, Barclays’ Marriott argues that if an asset is of high enough quality it will attract interest, even in the current climate, saying: “If you have a very good portfolio company there is likely to be a private equity house or corporate buyer willing to go that extra mile for it, but it needs to be a great brand or have fantastic earnings. For mediocre companies this isn’t the time to try and sell.”