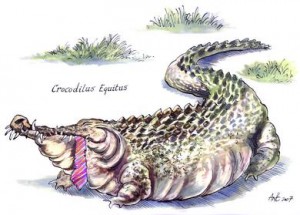 The volume of private equity investment increased by 19% across Africa in 2006, according to the and the average deal size outside of South Africa increased by over 60% to US$2.9m. This is good news for private equity houses that are interested in the continent but for larger players investments of this size are still impertinent. The projects big enough to soak up really material amounts of capital are in public infrastructure, for example roads or utilities. There, returns depend on tariff agreements that are exposed to political risk.

has recently launched its first ever African private equity fund with US$100m in funding from its sole investor , the £1.6bn UK government-backed private equity emerging markets fund of funds. Richard Laing, CEO of CDC, said: “This is just one example of the way in which CDC acts as a pioneer investor, where we believe backing a team like Citigroup to invest in the region will benefit the private equity industry in Africa as a whole.”

Though it may be CDC’s desire to encourage investors into Africa, so far few have followed it south of the Sahara. Beyond CDC, the other big investors in Africa are institutions with colonial origins, like CDC itself, from the France, Belgium and the Netherlands.

As for fund managers, most are emerging market specialists such as , and two that were spun out of CDC: and . The big names such as Blackstone, Texas Pacific and Kohlberg Kravis Roberts are absent. David Rubenstein, a founder of , has called Africa “a sleeping giant in terms of private equity”. But his group has not yet made any investments beyond North Africa.

Despite this being its first fund, Citigroup no novice to Africa. Its team has previously completed three investments in the region – , a scaffolding business in South Africa, , a pharmaceutical business in Egypt and , a pan-African mobile operator. Celtel is the poster child of private equity in Africa. The company was formed in 1998 and sold to a Kuwaiti group in 2005 for US$3.4bn. Like Citigroup, CDC also had a 9.3% stake and is expecting a pay-out of US$298m, equivalent to 5x money.

Though Celtel was a success, it is still very difficult to exit an African company. Even in South Africa’s developed private equity industry, exits through initial public offerings have been historically rare, with trade sales the main route, according to KPMG. So perhaps the managers that have found their way to the region should be prepared to stay for a while as the likelihood of an exit is still slim.