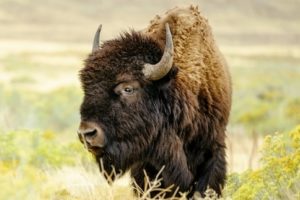 The target for Bison Capital Partners VI was disclosed in a recent report issued by Arkansas Teacher Retirement System. The pension plan agreed to commit $30 million.

Bison is aiming to hold Fund VI’s initial close this year, according to the ATRS report, with a final close expected to take place in Q2 2022. If the target is met, the fund will be the private equity firm’s largest to date. Its 2017-vintage predecessor raised more than $376 million.

Bison was founded in 2001 by James Hunt and Douglas Trussler. Hunt was formerly a senior executive with SunAmerica Corporate Finance and SunAmerica Investments, while Trussler was an investment professional with Levine Leichtman Capital Partners and Windward Capital Partners.

Bison’s strategy is to invest in lower mid-market businesses, typically with revenue of $10 million to $250 million and EBITDA of $5 million-plus, in need of a capital partner for growth, acquisitions and recaps. US-based dealflow is primarily sourced in tech-enabled business services, healthcare services and distribution and logistics sectors.

Bison specializes in structured capital investing in companies that are unwilling to give up control and cannot or will not access traditional debt, the ATRS report said. Tailored to fit specific requirements, its hybrid solutions are mostly equity-oriented, according to the firm’s website, with some portion of an investment often structured as preferred stock or subordinated debt.

Bison’s website shows 18 active portfolio investments. The latest deal, announced in March, saw the firm lead a $63 million financing of Fluid Truck, a commercial truck sharing platform, with participation from Ikea’s Ingka Investments, among others. Other recent investments include For the Record, a provider of digital recording solutions to courtrooms.

Bison declined to provide a comment on this story.