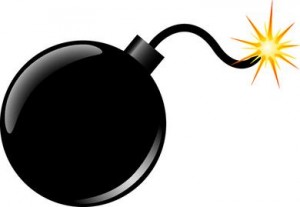 Prime Minister Gordon Brown was unable to affect a clampdown on the way non-doms pay their tax in the 10 years that he was Chancellor of the Exchequer. However, his successor who took up the role in June 2007, Alistair Darling, achieved what was considered by many in the UK to be a long-awaited policy objective for the Labour party when he presented his first Budget in March.

Under the banner of “Fairness and Opportunity for All”, Darling’s maiden Budget did not just target those in the private equity industry based in the UK but everyone from film stars, scientists, surgeons to hedge fund managers who are resident in the UK but are non-domiciled for tax purposes.

The Government says it is striking the balance between fairness and competitiveness. “The special remittance basis rules, which help attract international talent and investment, are important to UK investment, but can only be sustainable if they are fair. It is right that people who decide to make their home in this country should pay their fair share of tax,” according to the full Budget Report.

Following consultation with a number of individuals, trade bodies and law firms, among others, a new tax regime was introduced at the start of the current fiscal year in the UK on April 6.

Essentially, the special remittance basis of taxation will continue for non-domiciled UK residents. This means that adults using the remittance basis of tax, who have been resident in the UK for longer than seven out of the past 10 tax years, will be subject to an annual tax charge of £30,000 a year when it comes to the foreign income and gains they leave outside the UK, unless their unremitted foreign income and gains are less than £2,000 a year.

Another key point of the rules mean that people using the remittance basis of taxation will no longer be entitled to personal allowances, unless they have unremitted foreign income and gains of less than £2,000 a year. This means that people in this group will have a choice between tax-free allowances (on the same basis as other UK taxpayers) or can enjoy the special remittance basis rules which keep the foreign income and gains that they leave abroad outside the UK tax system.

The Government has tightened the rules that are used to calculate the length of time someone spends in the country to determine residency. Now, any day when a person spends midnight in the UK counts towards establishing UK residence, whereas before it was whole days.

Income and gains of offshore trusts will be taxed only when they are remitted to the UK, even if these relate to UK assets.

These new rules are only the tip of the proverbial iceberg. The Government’s Pre-Budget Report published last year highlighted a whole host of changes, and those proposed (but unrealised) changes spooked private equity high-earners into thinking the UK Government is on a mission. However, as a concession, the Government has indicated there would be no changes for the current parliament and the next one.

In representing the private equity industry in the UK, the BVCA has chosen to say very little on the non-dom taxation issue. The association’s comments on the subject are brief: “We endorse the Chancellor’s constant references to stability and certainty. While we don’t like the changes that have already been announced to the non-dom regime, we are glad he has promised that there will be no further change for at least two parliaments – this parliament and the next.”

One of the loudest voices on UK tax changes, albeit in a non-specific manner, is Guy Hands’ London-based Terra Firma. In its 2007 annual report, Terra Firma took the opportunity to state its opposition to the UK Government’s taxation policy in general.

The report states: “We are concerned by the recent changes to UK tax laws. The potential impact of these changes on Terra Firma and other private equity firms’ business is significant. Taxing long-term capital gains more like annual income will encourage businesses to be less long-term in their approach and will undermine one of the biggest benefits of private equity investment. Such trends in UK taxation, making the UK a less competitive financial centre than it was, have caused us to review our UK activities and may result in future growth being pursued through our other European offices.”

Terra Firma also states in its annual report: “The changes in the UK tax regime combined with high cost of living mean that UK residency is now less attractive.”

The private equity house that owns companies like aircraft leasing company AWAS, betting company William Hill and music company EMI, claims that, indirectly, the UK economy benefited to the tune of £35bn paid in taxes by private equity-backed companies in 2006 and 2007.

Asked, however, just how many of its employees are non-dom residents in the UK, a spokesman for Terra Firma says: “We’re not stating any personal tax positions.”

On the whole, most of the large buyout firms have been pretty quiet on the implications on the greater tax burden on non-doms, many of whom are US citizens based at the big-name US buyout firms in London.

In a recent television interview, Adrian Beecroft, senior managing partner of Apax Partners in London said: “The non-dom debate is not over yet. But potentially it is very threatening to the British economy.”

Referring to US buyout firm partners in London, he added: “These are very mobile people… and other countries like the Switzerland are very keen to attract them there.”

This could be bad news for London’s professional and legal services communities that are estimated to have earned approximately £4bn in fees from US players in 2007.

The private equity industry awaits clarification about whether it will be able to remit funds into the UK to pay for professional fees without having to pay tax on those funds beforehand.

A potential problem that was not envisaged in the original tax rulings are in the process of being ironed out. The revisions in question are intended to make the tax reform less onerous for US citizens resident in the UK, who are also taxed in the US. Skadden Arps is working closely with the UK Treasury on this issue.

A random straw poll of some of the large multi-jurisdictional buyout firms with presence in London reveals that the non-dom tax issue is not materially affecting their view of doing business in the capital, at least for now.

A spokeswoman for one high-profile buyout firm reflects the ongoing confidence in the UK: “The domicile status of our partners and employees is a personal issue. We abide by the laws of any jurisdiction we are based in. In terms of London, we are actually building our presence here.”

It has to be said that for some the UK Government’s tax legislation has left a knelling resounding in some people’s ears. Coupled with the high cost of living in London, the fact that London’s transport infrastructure is a daily challenge while the fiasco in the opening weeks at London Heathrow’s Terminal 5 have left some people ready to quit the UK.

But the support services that make up London’s unique professional services community for private equity are generally relieved the Government has listened to the hundreds of submissions it received on its taxation proposals put forward last year.

“There is a general feeling that what was offered up in the Pre-Budget Report was ill-thought through – it was a reaction to policy put forward by another political party,” says Simon Skinner, a tax partner at Travers Smith in London. “I think the Government didn’t realise the strength of the backlash it would receive.”

Should private equity lawyers and associated professionals in London be quickly learning five languages ahead of a move to Switzerland, or should they be considering a move to Dublin if some of the big funds decide to quit the UK’s capital city?

“My gut feeling is that I don’t think the non-dom decision will have a major impact on the private equity market in the UK,” says Tom Whelan, a partner at Lovells in London. “The non-dom rules are not going to be the final nail in the coffin for UK private equity. It’s a step in the wrong direction but it is not a fatal step.”

“London’s legal, banking and associated financial services community is so developed that it would take a considerable investment in other jurisdictions to make them rival London,” he says.

Although the UK is home to some of the largest buyout firms, the market is currently dominated by the mid-market players because of leverage issues for the very big deals. However, the two divisions of UK-based private equity are far from divorced.

Commenting on the non-dom tax rules, Graham Shore, group managing director at Shore Capital in London, says: “The biggest single impact is to scare people off and to make people think twice about making London their base.”

“I don’t think that it will result in funds moving out of the UK – it will be more gradual than that. It will have an impact on when people are looking to set up new funds,” says Shore.

“What you will find is that some pan-European funds will not choose London as their base in the future,” he adds.

The fractious relationship between the labour unions, the Government and the private equity industry in the UK is well documented. But some question the motivation behind the recent tax changes.

“It’s spouted as the politics of fairness but it is the politics of envy,” says Shore. “If the UK’s Government really wanted to attack carried interest for private equity – on the back of the trade unions campaign – it could have come up with more targeted measures.”

Just what impact the UK Government’s tax ruling will have on private equity will only be seen in time, and that could mean three or five years. Some commentators are predicting the rules will have more of an impact on hedge funds though.

“We should be aware that although we have a leading position in this sector, managers could be attracted to other regimes,” says James Stewart at ECI Partners in London. “The UK Budget raised the spectra of competing tax alternatives. What it may also prohibit is the establishing of new funds”.

So should mid-market players in the UK have anything to concern themselves about in terms of surprise policy coming out of Whitehall?

“I don’t think so,” says Stewart. “The debate over the last 12 months has allowed private equity to present its case to pension fund investors and to explain its role in supporting the UK’s economy.”