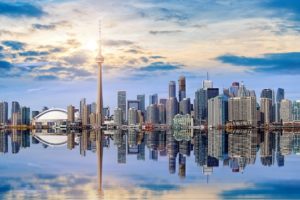 The purchase of a minority interest in Northleaf Capital Partners by affiliates of Power Corp has many of the features of a GP stakes deal, including a focus on succession.

Toronto’s Northleaf, a $14 billion private-markets fund manager, this month agreed to sell a piece of itself to IGM Financial’s Mackenzie Investments and Great-West Lifeco. The transaction will give the buyers a 49.9 percent non-controlling position. Northleaf’s leadership will retain 50.1 percent and continue to run the firm independently.

IGM-Lifeco will pay C$245 million ($186 million) on closing in Q4 2020. Further undisclosed consideration will be paid at the end of five years, subject to performance, at which point IGM-Lifeco will have the right to acquire more equity.

In a statement, Northleaf and IGM-Lifeco emphasized the deal’s mutual strategic benefits.

Northleaf, for its part, will be able to tap into IGM-Lifeco’s distribution networks. This will create exposure to a large pool of retail investors, managing director Jeff Pentland told Buyouts, “without the distraction of having to build channels from scratch.”

Northleaf, which secures most limited partner capital from institutions, should as a result see new and increasing flows of IGM-Lifeco-sourced retail commitments. IGM-Lifeco already pledged a minimum of C$700 million across offerings over the next 18 to 24 months. Pentland expects commitments to rise as the partnership deepens and affiliated financial units join in.

GP stakes deals typically involve the sale of minority interests by PE firms to specialty investors like Neuberger Berman’s Dyal Capital Partners. In exchange for a share of income, sellers get balance sheet capital and financing for top priorities, such as GP commitments to new funds, growth initiatives and successions.

A key focus of Northleaf’s deal is succession, Pentland said. “While no one in the leadership team is going anywhere soon,” he said, “we want to start thinking about succession planning now rather than 10 years from now. Teaming up with a partner with a great cultural and values alignment provides the stability for doing this.”

By taking this step, Pentland added, Northleaf is sending a signal to its LPs, team and investment partners that “we have a long-term vision.” He said the firm is already “grooming the next generation of senior management professionals.”

The deal will also provide Northleaf with balance sheet capital, Pentland said. In addition, it will contribute to growth initiatives, such as the development and seeding of new fund products.

IGM-Lifeco’s minority investment includes a 70 percent economic interest, the details of which were not disclosed. Northleaf’s compensation structure, including carried interest entitlements, will not be impacted, Pentland said.

Northleaf manages commitments on behalf of 100-plus institutions, including endowments and foundations, financial institutions and pension plans, and 60-plus family offices and wealthy individuals, located worldwide. Its largest investor is Canada Pension Plan Investment Board.

Northleaf has been “open and transparent” with its LPs about the deal with IGM-Lifeco, Pentland said. Investor communications gave weight to the expected strategic benefits, he said, as well as the greater clarity achieved concerning the firm’s long-term future.

Northleaf’s origins stretch back to the days when it was an investment arm of Canadian bank TD. In 2009, it spun out of TD through a management buyout led by managing partner Stuart Waugh with participation from Pentland, managing director Michael Flood and others.