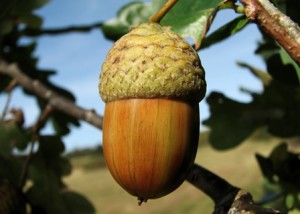 The Los Angeles-based distressed debt specialist said it could increase the combined target for Funds X and Xb beyond $10 billion.

Currently, Fund X has a $3 billion target and will be invested first. Should the market for distressed opportunities increase, or when Fund X is 80 percent invested, Oaktree would activate the $7 billion Fund Xb.

LPs in Oaktree Opportunities Funds X and Xb include the Massachusetts Pension Reserves Investment Management Board (MassPRIM), The State of Michigan Retirement Systems and the Los Angeles Employees’ Retirement System.

Also in the second quarter, Oaktree’s assets under management reached $103 billion, up 13 percent, on the strength of its fundraising activities.

The firm said it’s holding about $20 billion in uncalled capital for deals, about double the year-ago level, positioning the firm for “better opportunities that lie ahead for capital deployment,” said Jay Wintrob, CEO of Oaktree Capital Group.

Oaktree said it’s formally launched fundraising for Oaktree European Principal Fund IV, which will target control investing opportunities where dislocation or distress take place. Oaktree didn’t discuss a fundraising goal for the pool, but its predecessor fund drew in more than $4 billion in 2011.

It’s also been fundraising for its European Capital Solutions Fund, which is a successor to its European Private Debt strategy, launched in 2013.

“We continue to take advantage of opportunities arising from the prolonged dislocation in the European lending markets stemming from the global financial crisis and an evolving regulatory and legislative framework that has restricted bank lending to the middle market,” Wintrob said.