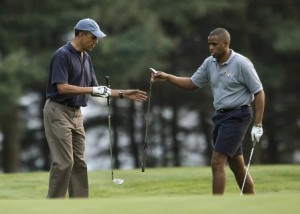 The Chicago-based firm reportedly had a $500 million target when it launched in 2013, but no official goal has ever been released publicly.

Vistria has managed to add at least $100 million to the disclosed fundraising figure of $149 million from 33 investors in its most recent Form D filing last summer. The Form D amendment listed a date of first sale for the fund of August 2013.

A source said the firm is nearing the finish line on the fund, but it’s not clear when exactly it’ll wrap up the process. The firm does not disclose any additional information about itself or any deals on its website.

Among the LPs for Vistria Fund is the Illinois Municipal Retirement Fund, which committed $5 million to the pool last year.

Vistria plans to target middle-market deals in healthcare, education and financial services. It takes its name from a combination of Latin and Greek words describing the power of three, to reflect its focus on regulatory, financial and operating expertise.

The firm was co-founded by Nesbitt, co-CEO, and Harreld “Kip” Kirkpatrick III, who is reportedly co-CEO. Kirkpatrick is listed as an executive in the Form D filing for the fund and co-founder of Water Street Healthcare Partners.

In 1998, Nesbitt co-founded The Parking Spot, an airport parking company, with Penny Pritzker, currently serving as Secretary of Commerce. The Parking Spot was sold to Green Courte Partners LLC in 2011.

Nesbitt, who has served as national treasurer for Obama’s two presidential campaigns, has also been doing volunteer work as chairman for the Barack Obama Foundation, which is raising money to build a presidential library. Among the contibutors to the library are Michael Sacks, CEO of Grosvenor Capital Management, who pledged between $250,001 and $500,000, according to a report by The Chicago Tribune. Mark Gallogly, founder of Centerbridge Partners, and his wife Lise Strickler gave between $100,001 and $250,000.