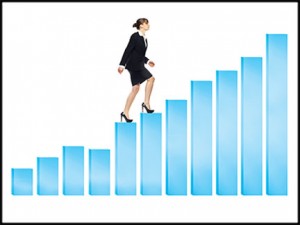 By sticking to its strategy of doing buyouts of mid-sized manufacturing and business service firms, and wading into deals in 2009 and 2010 during the financial crisis when prices were low, Odyssey Investment Partners rose to the top of its class for vintage 2009 funds.

At the end of last year, the fund’s net IRR for the Montana Board of Investments stood at more than 30 percent and the investment multiple at more than 2x. That was ahead of the top-quartile threshold of a 22.1 percent IRR for that vintage, according to a study by Buyouts. It was also up handily from an IRR of 20.3 percent and an investment multiple of 1.4x recorded for Odyssey Investment Partners IV at the end of 2012.

Limited partners contacted by Buyouts declined to discuss returns of specific deals. But one credited the firm with a particularly strong 2013. “They had some excellent exits…that’s the reason for that IRR gain,” an executive at a corporate pension fund invested in Fund IV told Buyouts. “The majority of it is due to their realizations.” Odyssey Investment Partners declined a request for an interview for this article.

To be sure, not all of Odyssey Investment Partners’s deals have been slam dunks. It wrote off investments in pools prior to Fund IV, including its Wastequip, Velocita and Dayton Superior Corp deals.

But despite these losses, the firm has consistently turned out top-quartile funds, according to the December, 2013 investment memo by Portfolio Advisors. After committing $30 million to Fund IV, client San Francisco Employees’ Retirement System upped its pledge to Fund V to $50 million in late 2013.

By the time Odyssey Investment Partners launched its capital-raising activities for Fund IV, it had already earned a “strong middle market investment track record,” according to an earlier Portfolio Advisors due diligence memo from October 2008.

According to the memo, vintage-1991 Fund I (back when the firm was still part of hedge fund Odyssey Partners) produced a 4.1x multiple and a net IRR of 45 percent; vintage-1998 Fund II generated a 3.0x multiple and a gross IRR of 25.6 percent and vintage-2005 Fund III showed a 4.8x return and a gross IRR of 87 percent from two fully realized transactions at the time. All three funds generated upper-quartile returns for their respective vintage years, the memo noted. (It’s not clear why the memo mixed gross and net IRRs.)

On the strength of those prior funds, the firm exceeded its fundraising target by $500 million to draw $1.5 billion in commitments for Fund IV. The month it closed, March, 2009, saw the Dow Jones Industrial Average touch its lowest point in more than a decade.

The firm’s strategy was fairly straightforward: invest $50 million to $150 million toward the buyout of middle-market companies generating EBITDA of $20 million to $80 million and hold them for three to five years. The firm looked for companies exhibiting solid business fundamentals and strong franchise value, as well as products and services offering a meaningful and sustainable market position, low technology and commodity risk, and strong growth prospects.

Despite the uncertain economy in 2009, Odyssey Investment Partners managed to ink two deals from the fund before the year was over.

By late 2013, the fund realized $95.6 million though a dividend recapitalization “driven by the strong operating performance of one company,” according to the due diligence memo on Fund V prepared by Portfolio Advisors. The memo didn’t name the company and an executive reached by Buyouts at Portfolio Advisors said the firm doesn’t comment on investment memos.

A May, 2014 write-up by Moody’s Investor Service on Safway Group Holdings mentioned a $155 million debt-financed dividend taken by the company in 2013. Moody’s noted that revenue for the company totaled $1.1 billion in 2013 and that the company offered a solid market position to support future growth as well as a good liquidity profile contributing to credit strength. It is not clear if this is the same deal referenced in the Portfolio Advisors memo.

In other 2013 realizations, Odyssey Investment Partners sold TNT Crane & Rigging to buyout shop First Reserve for a reported price of more than $800 million, representing eight times EBITDA of about $100 million; also One Call Care Management was sold for a reported $2 billion to buyout firm Apax Partners.

In 2014, the firm sold BarrierSafe to Ansell Ltd for a reported $615 million, as well as Wencor to buyout firm Warburg Pincus for about $850 million. Also on the eixt front, the firm set plans to sell Ranpak Holdings, a Fund III portfolio company, to Rhone Capital in a deal reportedly valued at about $1 billion.

Odyssey Investment Partners traces its roots back to the 1982 departure of Jack Nash and Leon Levy from Oppenheimer & Co with $50 million cleared from its sale, according to a 1988 New York Times article and a person familiar with the firm. The pair launched a pioneering hedge fund called Odyssey Partners. They initially brought inSteve Friedman and Brian Young as deal-makers for private equity, but the pair later left to form EOS Partners in 1994.

Stephen Berger, a veteran of GE Capital Corp and Oppenheimer who had worked for New York Governor Hugh Carey, was hired in 1993 by Odyssey Partners. Berger and fellow Odyssey Partners executives Brian Kwait, Muzzi Mirza, Paul Barnett and William Hopkins formed Odyssey Investment Partners in 1998. Mirza died in 2007 from pancreatic cancer and Barnett left in 2004 to work for Ulysses Management LLC, the successor firm to Odyssey Partners. Kwait and Hopkins now work as co-presidents of the firm.

While the collapse of Lehman Brothers in September of 2008 wreaked havoc in the financial community, Berger had experience with fiscal crises dating back to his days as a key member of the Carey administration. Berger is credited in the 2010 book, The Man Who Saved New York, as possibly the first to alert the Democratic governor of the Big Apple’s debt woes.

“He played a key role in saving New York City from bankruptcy in 1975,” Seymour Lachman, the co-author of the book, told Buyouts. Among Berger’s lengthy civic work milestones, he served as the executive director of the Port Authority of New York and New Jersey from 1985 to 1990..

Berger, Kwait and Hopkins didn’t delve into turnarounds or heavy distressed investing with Fund IV, but stuck to the firm’s strength in mid-market buyouts as it turned its attention toward fundraising.

Paul Levy, managing director of JLL Partners, declined to comment on Odyssey Investment Partners. But he said any firm pooling capital during the financial crisis faced challenges, since he was raising a fund at about the same time.

“You had to have a good record already and a loyal base of LPs. You had to have a portfolio in reasonably good shape so people didn’t see any problems,” Levy said. “You needed to have sensible purchase prices as part of your approach and a demonstrated ability to be decisive in a bad time.”