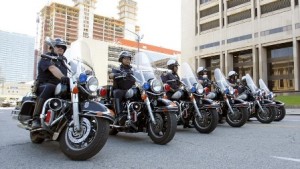 The Ohio Police & Fire Pension Fund plans to commit $235 million to private market funds in the 2016 calendar year, a 40 percent decline from the $380 million it committed to private markets funds in 2015, according to an email from spokesman Dave Graham.

The $13.1 billion pension system approved the private markets investment plan at its Feb. 23-24 board meeting.

Ohio Police & Fire committed more to private markets funds in 2015 than it had in each of the previous years, Graham said in an interview. The pension actually exceeded its commitment pace by $55 million last year, according to Graham’s email.

The board did not discuss any specific opportunities it would like to pursue with its 2016 allocation, Graham said, though it did move forward a commitment of up to $50 million to Vista Foundation Fund III. The commitment remains subject to final negotiations.

Vista Equity Partners set a $2 billion target for Fund III, according to an Arkansas Teacher Retirement System memo. The fund will invest in small-cap software companies with enterprise values between $100 million and $500 million in size.

Vista’s previous Foundation funds invested $900 million across 15 deals, according to the memo. Those deals grossed a 51 percent internal rate of return with a 2.3x multiple as of Sept. 30.

In January, Ohio Police & Fire committed $50 million to Vista’s latest flagship fund, which is targeting $8 billion with no hard cap.