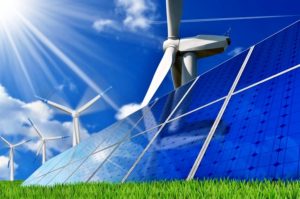 EnCap in April wrapped up a debut energy transition fund, securing about $1.2 billion.

Finishing shy of its $1.5 billion target, EnCap Energy Transition Fund I nonetheless marks one of the few examples of a long-time investor in hydrocarbons raising LP money for a low-carbon platform.

This is not a small achievement. While LPs – many inspired by newly minted ESG policies – are exhibiting a strong taste for funds earmarked for renewable power investing, supply is not keeping up with demand. One reason is the absence of skill sets in a nascent market.

A handful of managers specializing in renewables, such as Brookfield Asset Management, Energy Capital Partners and Riverstone Holdings, have raised substantial commitments for a series of funds. Others who lack track records have instead run into challenges getting into the space.

EnCap pulled it off by leveraging “thirty-three years of investing up and down the energy value chain,” Chuck Bauer, head of investor relations and fundraising, told Buyouts. This history, he said, allowed the firm to adapt itself to “where the market is going.”

Perceiving a fast-emerging opportunity set in clean energy, EnCap unveiled the platform two years ago. As part of this, it addressed the skills issue by recruiting four sector veterans.

The principals were organized around a strategy of backing management teams and projects featuring proven renewable technologies, such as solar and wind generation, battery storage systems and energy infrastructure services. Investments range from $50 million to $250 million per company.

EnCap also seeded initial deals in advance of Fund I’s first close, Bauer said, showing prospective LPs “we had conviction behind the space and behind the team.”

Since 2019, five deals have been done in the battery storage, distributed power and utility-scale solar and wind sectors. The most recent backed Solar Proponent, a solar generation projects developer. It was formed last year with a majority investment from EnCap and growth capital from Yorktown Partners and Mercuria Energy.

EnCap signed up a mix of LPs to Fund I, three-quarters of them returning fund investors. They include about 75 institutions, such as Illinois Municipal Retirement Fund, which committed $25 million.

The launch of a clean energy platform does not signal a shift in EnCap’s overall strategy, Bauer said. With post-pandemic improvements in global fuel demand and prices, the Houston firm anticipates opportunities across all its target verticals – upstream and midstream oil and gas as well as renewables.