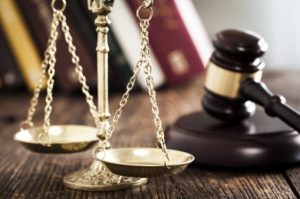 OMERS rejected a wrongful dismissal lawsuit brought by one of its former private equity professionals, arguing that related compensation claims fly in the face of its duty to pensioners.

Patterson vs OMERS, launched in the summer, alleged that Tim Patterson, until this year a senior managing director and head of healthcare at OMERS Private Equity, was terminated “without just cause.” The damages were assessed at C$65 million ($52 million; €45 million).

The litigation provides a rare glimpse inside a pension’s direct PE incentive plan, Buyouts reported. It could also serve as a cautionary tale for institutions that invest directly and have – or are looking to create – pay and benefits to attract top PE talent.

At the litigation’s heart is a long-term plan established by OMERS in 2013 to incentivize professionals who are responsible for PE deals. It was designed to broadly mirror market practices by adopting terms like carried interest and hurdle rates.

Patterson’s statement of claim, filed by Levitt Sheikh, said the plan was over time subjected to multiple changes that eroded promised benefits. The revisions included more than one reduction in an initial 10 percent carry and the addition of a cumulative career cap. (See further details in Buyouts’ story from July.)

Members of OMERS’ PE deal team reluctantly signed on to the changes, the suit said, until last year when a fresh 2021 incentive plan was tabled alongside a bridge scheme. Then, it alleged, Patterson was fired for not accepting the new package, which was expected to cut significantly into his past and future earnings.

OMERS in September had its opportunity to respond. One of its key arguments was that while the incentive plan was set up to reward PE performance, OMERS had the right to modify it due to a responsibility to the pension’s 525,000-plus members.

In a statement of defense filed by Davies Ward Phillips & Vineberg, OMERS called the lawsuit’s claim “baseless” and intended “to extract a higher payout” for Patterson under the plan “to the detriment” of pensioners.

As part of this argument, OMERS took issue with the suit’s characterization of the plan. While similar in some ways to the traditional compensation arrangements of PE firms, the statement noted, OMERS’ model is not “analogous” to them. Direct comparisons are therefore inappropriate.

Most PE compensation is organized around fixed-term, closed-end funds raised in the market, the statement said. OMERS, in contrast, has a “bespoke” evergreen vintage-year plan. Entitlements are calculated as to whether, and by how much, investments in each vintage year meet, or fail to meet, an 8 percent preferred return. A cap limits the size of annual payouts.

As such, the statement said, the plan was tailored to “the unique circumstances” of employees who are investing captive funds on behalf of a pension and its beneficiaries.

As well as falsely equating OMERS’ approach to compensation with that of PE firms, the suit misinterprets the incentive plan and its application since 2013, the statement said. The plan, for example, “never reflected the cumulative preferred return calculations” that underlie Patterson’s claim.

OMERS introduced the 2021 incentive plan because it determined the existing one “was no longer meeting its objectives,” the statement of defense said. It is likely that prior revisions to the 2013 design helped anticipate this conclusion.

For example, reductions in the initial 10 percent carry to 9.5 percent in 2016 and to 5 percent in 2019 were implemented because the plan “had outgrown its original assumptions,” the statement said. The reason: a substantial expansion in OMERS’ allocations to its PE strategy.

When OMERS created the long-term plan, the statement said, it was allocating $500 million to $1 billion annually to the PE deal team. By 2018, that deployment stood at $3 billion. Eventually, the pension “had to choose” between committing less capital and “reducing the sharing ratio” under the scheme.

OMERS took the second step. Had it not, the statement said, employees would have been unfairly overcompensated “simply by virtue of large dollar amounts being available for investment.”

This decision, along with others made by OMERS vis-à-vis the incentive plan, are rooted in “a fiduciary obligation,” the statement said. As the steward of the retirement income of Ontario municipal employees, OMERS “always had the discretion to amend, adjust or replace” the plan.

This argument may find some resonance among institutions – especially pensions – that have recently created in-house capabilities for doing direct deals. It is possible that OMERS’ global peers have encountered similar issues when a compensation package designed to recruit PE talent is viewed as being out of alignment with the broader organization’s aims and culture.

Patterson’s statement of claim said a second employee was also fired by OMERS, while eight others resigned. In a reply this month to the statement of defense, Levitt Sheikh reiterated this, pointing to “the mass exodus” when the 2021 incentive plan was tabled.

Buyouts reported on several exits from OMERS Private Equity – this year by directors Lindsay Rutledge and Makram Atiyah and in 2020 by Asia-Pacific head David Payne and managing director Hami Ebrahimi. It is not known if they are among the team members cited in the lawsuit.

OMERS last year offered retention bonuses totaling $3.5 million “to stem the outflow of talent,” the reply said. In a riposte to OMERS’ assertion of fiduciary duty, Levitt Sheikh said the loss of skilled PE professionals, coupled with an inability to hire adequate replacements, “dramatically damages the interests” of pensioners.

The litigation, which has not been tested in court, might soon be joined by more plaintiffs, turning it into a class-action suit, sources told Buyouts. Additions could potentially include ex-employees linked with the alleged second termination and voluntary departures. Levitt Sheik declined to comment.