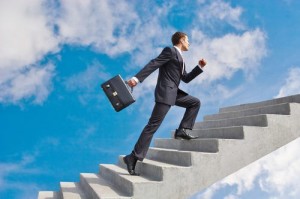 Manhattan Venture Partners named Andrea Lamari Walne as partner. She was previously at Carta, and prior to that was West Coast director for Nasdaq Private Market.

Commonfund Capital appointed Xiaonan Tian as associate director and head of its investment office in Beijing, China. Previously, Tian was senior vice president in structured banking at The Hongkong and Shanghai Banking Corp.

Iain Leigh is stepping down from APG as head of private equity and as a managing director at the end of 2019. Meanwhile, Greg Jania, head of fund investments, and Ken Bloomberg, head of co-investments, will co-head APG’s global PE program and join the executive board of APG Asset Management US Inc.

Puls, which operates a network of service providers and technicians, named Mitch Galbraith CEO and a member of its board of directors. Previously, he was executive vice president and general manager of j2 Global’s gaming and entertainment division. Puls is backed by Sequoia Capital, Temasek, Viola and Samsung Next.

CloudCheckr named Tim McKinnon as CEO and a member of its board of directors. Previously, McKinnon was president and CEO of Sonian. CloudCheckr is backed by Level Equity.

Aceto named Gilles Cottier as CEO and appointed Rakesh Sachdev chairman of its board of directors. Aceto is backed by New Mountain Capital.

MarketCaste Group appointed Mike Goddard as chief financial officer and Tracy Behzad as vice president of human resources. MarketCaste Group is a portfolio company of Kohlberg & Company. It provides research and analytics for the media, entertainment and lifestyle industries.

Union Square Advisors named Michael Meyers as a partner and head of capital structure advisory in its New York office. It also appointed Emily Todd Anderson as director and head of sponsor coverage.

Constellation Advisors hired Ian Holroyd as director of its CFO and accounting practice and Kathy Pommet as associate director of its regulatory and compliance practice. Both will lead operations for the firm’s new Los Angeles office.