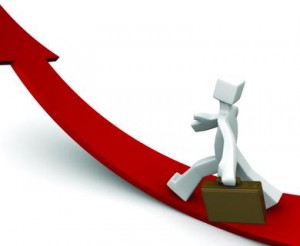 Just 18 months ago, it looked as though the UK mid-market was going to hold up pretty well in the face of an economic slowdown and a credit crunch. Yet the events of September 2008 meant the resilience it had shown until that point disappeared as portfolio companies started suffering and banks simply put up their shutters.

“Up until the third quarter of 2008, we’d seen a contraction in deal volumes as sellers’ price expectations remained too high, but some banks remained open for business,” says Paul Marson-Smith, managing partner of Gresham Private Equity. “Yet even that changed 12 months ago. You found that banks said they were open, but they weren’t.”

What has followed has been an almost complete standstill in terms of deals getting past the finishing post, even in the mid-market. The volume of UK private equity-backed buyouts fell to its lowest level for 25 years in Q3 2009 to just 31 deals, according to Centre for Management BuyOut Research (CMBOR) figures. The values were way down, too, with just £556m recorded in Q3 this year – the lowest for 15 years. Two-thirds of the buyouts completed in the first three quarters of 2009 were under £10m, with only four in the £100m to £500m bracket (there were 28 even in 2008) and 25 in the £10m to £100m range (compared to 111 in 2008).

Some deals got away. One was Gresham’s £21m buyout of five companies from sports and entertainment rights management business Formation Group to create James Grant Group. Yet the deal wasn’t completed as a standard debt-backed management buyout. Gresham used its newly created debt underwriting product to enable it to provide 100% of the financing. Barclays Private Equity’s acquisition of Bounty, which markets goods to new mothers, is another notable recent deal in the UK mid-market space. The deal terms were not disclosed, but the transaction is believed to have been funded on a 50:50 debt-to-equity ratio.

Despite the dearth of deal flow, UK mid-market houses have not been idle. As one adviser points out: “There isn’t a single mid-market investor that doesn’t have at least one problem portfolio company.”

Firms have been spending time cutting costs, reorganising and restructuring their investee companies to ensure they are in decent shape to deal with the recession. But even if they hadn’t been otherwise occupied, there would have been little on the new deal front for them to get their teeth into.

“It’s been something of a circular argument,” says Christiian Marriott, director at Barclays Private Equity. “The lack of leverage has meant that vendors have been reluctant to put businesses up for sale because they have felt they wouldn’t be able to fetch the prices they’d be seeking, but the lack of businesses for sale has meant that the debt levels available haven’t been adequately tested. It’s been hard to see what would unlock this cycle.”

Even in distressed situations, an area that many last year were predicting would be a good hunting ground, private equity has not been active, and non-core disposals just haven’t materialised in the way many believed they would.

“Private equity houses are generally frustrated by the fact that there has been a lack of distressed opportunities that have crystallised in their favour,” says Simon Tilley, managing director at Close Brothers Corporate Finance. “They are also finding that there is a lack of non-core disposals from larger, public companies because the stock market has been buoyant enough to allow many to raise cash through rights issues rather than having to sell businesses.”

Yet it seems as though the blockage on new deals may be loosening a little. Advisers are reporting that they are now busier than they have been for a year on new deals. “We may be starting to see the start of the recovery in M&A as we’re at the very start of a few sell-side mandates,” says Tilley. “We’re also working on quite a lot of buy-side M&A mandates.”

“We’ve started to see more activity over the last two to three months,” agrees John Harper, partner at Duke Street. “There are now more businesses up for sale as the economy has stabilised a little – people are now able to look forward a bit more. Auctions are even making a bit of a come-back.”

Indeed, a number of sellers, including private equity houses, have started dipping their toes into the water. Montagu Private Equity is currently selling safety equipment manufacturer Survitec in a process being run by Rothschild and with a price tag believed to be in the region of £300m. At the time of writing, Permira had just entered into exclusive talks to buy the business. Skipton Building Society has also put its consumer credit referencing business Call Credit on the block for around £110m in an auction being led by JPMorgan. Among those interested are believed to be financial services specialist AnaCap, Vitruvian and Royal Bank of Scotland’s private equity division. Phoenix Equity Partners is selling fostering and special educational needs specialist Acorn, which it is believed to be marketing to larger private equity houses.

These deals are being carefully watched by advisers and investors alike. “The Call Credit deal is reasonably large,” says an adviser. “It will test the market in terms of what’s achievable for debt levels and what people are prepared to pay.”

Some believe that if deals such as these can get away successfully, we may start seeing renewed activity in the mid-market space. “Deals such as Survitec may well encourage sellers to look at the market,” says Marriott. “In any case our pipeline is looking fuller now. We are definitely seeing green shoots in terms of people testing the market.”

And it’s not just the seller side of the equation that is moving. Many report that banks are now looking once again at providing acquisition financing. “We are seeing an easing of credit,” says Markus Golser, senior partner at Graphite Capital. “There are now a handful of lenders that are being consistent in putting together packages. You can now get between three and four times EBITDA on some businesses and there is even an element of competition between banks in some cases to provide financing. That wasn’t happening just a few weeks ago.”

“Banks that have decided that they don’t want to be in the leveraged finance market have gone and those that are left are now more predictable in what they will fund,” says Tilley. “The terms and conditions may be very bank-friendly, but at least we now have some visibility on what banks are looking for – mainly strong cash flows, recurring revenue streams, robust margins.”

Yet many players are remaining cautious as, even with the return of some debt providers, the quantum remains relatively low. The new standard for the mid-market is between three and three and a half times EBITDA, with pricing in the range of 400 to 500 basis points. The maximum any one bank will hold is tending to come in at around £25m, according to market participants.

All this means bigger equity cheques. “In a number of cases, we’re seeing private equity bidding quite aggressively and paying prices that are almost in the same league as those paid in 2006 and 2007,” says Harper. “There is quite a lot of equity going into these because of the lack of debt. These acquisitions are being made because there is a pressure to deploy capital. We’ve shied away from impulsive deals as we have time on our side to find the investments that work for us and our investors.”

Golser agrees. “We’ve seen people over-compensate for a lack of debt with equity because they are having to pay good prices for good businesses,” he says. “It’s risky to under-leverage businesses as it is generally done on the assumption that the business will grow at a certain rate or that leverage will be available further out. But what if the assumption turns out to be mistaken?”

While there is some visibility in the market and a feeling that we have seen the bottom, not everyone believes we are close to being out of the woods. “The outlook for the UK economy is very mixed,” says James Stewart, director at ECI Partners. “We’ve seen the sixth consecutive downturn in UK productivity, in contrast to countries such as France, Germany and the US, and it’s not yet clear what the effects of quantitative easing have been. There is high public sector debt that will have to be dealt with somehow and adding uncertainty to an already uncertain market is the prospect of a general election next year. I don’t think we’ll see UK mid-market deals creeping much above the levels we’ve seen this year.”

Indeed, ECI is so bearish about the UK economy, its current strategy is to concentrate on making overseas bolt-ons to its portfolio companies. “It’s a great time to be making add-on acquisitions in any case, but by doing this we’re diversifying the risk in our portfolio companies away from the UK,” explains Stewart.

There is also the medium-term prospect of fall-out in the mid-market. While many have focused on the potential for bust-ups at the larger end of the spectrum, the mid-market is very crowded and some might say that there is not enough differentiation between many of the players.

The market has already seen the exit of the Bank of Scotland’s integrated finance unit, a move that few will mourn, and of European Capital. But there may be others that fall by the wayside over time. “There will be a shake-out in the UK mid-market,” says Tilley. “Some funds will go into run-off; others will rise phoenix-like out of the flames. There are way too many private equity firms for the amount of debt in the market. For the last 15 years, it’s been the leveraged finance market and while debt will return, it won’t come back in the same way.”

Yet for those that make it, the market will continue to offer good opportunities, even if there are not as many of them as there were in previous years. “It’s been an incredible time of upheaval and uncertainty,” says Harper. “The private equity model has been tested and we won’t know how strong it is until we see realisations. I am hugely confident, though, that private equity will be there, just leaner, with fewer and more experienced players.”