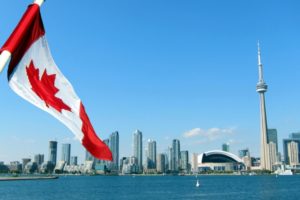 Investment Management Corp of Ontario, one of Canada’s newest pension funds, announced several private equity investments Wednesday as it seeks to build out its private equity program towards a CAD$6 billion ($4.5 billion) goal by 2025.

IMCO oversees the assets of Ontario Pension Board, the administrator of the Public Service Pension Plan, and Workplace Safety and Insurance Board and manages CAD$70.3 billion ($53.8 billion) in total.

Kohlberg’s ninth fund has a $3 billion target and has been raising since the end of last year. The firm focuses on North American mid-market buyouts across several sectors.

Sweden’s Nordic did a first close on Fund X in August, according to sister title Private Equity International. It has passed its original target of €5 billion ($5.87 billion) and is working towards its €5.75 billion ($6.76 billion) hard-cap. It will target mid-market companies in Northern Europe.

The North Haven fund was launched in late 2019. Its target is not clear.

IMCO, founded in 2016, told Buyouts it has been investing in private equity since 2017. The only other private equity investments in the Buyouts database were to mezzanine/debt funds from Apollo Global Management and Sagard Holdings.

According to its website, IMCO’s private equity portfolio was valued at CAD$1.9 billion ($1.43 billion) as of the end of last year and took up 3 percent of its portfolio. The majority, 95 percent, was invested in the US, Europe and the Middle East.

Craig Ferguson took over the fund’s private equity program earlier this year, as Buyouts reported. In a statement to Buyouts, he said the fund was constructing a portfolio of internally managed direct and co-investments alongside more traditional fund investments, with the PE team working across strategies for now.

Update: this story was updated to add the total amount of IMCO’s new private equity commitments.