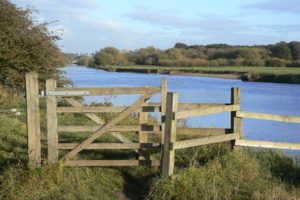 A long-time partner at OpenGate Capital, Sebastien Kiekert Le Moult, left recently as the firm deploys its sophomore fund into the dislocated market, a spokeswoman confirmed for Buyouts.

The particulars around Le Moult’s departure are not clear. “OpenGate ended our professional relationship with [Le Moult] earlier this month,” the spokeswoman said. Le Moult did not respond to a comment request over LinkedIn Wednesday.

Le Moult primarily focused on M&A transactions in Europe as part of the firm’s Paris-based team led by Julien Lagrèze, a partner and head of Europe since 2007, the spokeswoman said.

Le Moult is listed as an indirect owner of OpenGate’s management company through an entity called Syntagma Capital, of which he is listed as the sole shareholder, according to OpenGate’s Form ADV.

Prior to joining OpenGate in 2012, Le Moult was chief executive of Syntagma Group, an industrial holding company with investments in Europe and Brazil. Earlier, he was a vice president with Sun European Partners, according to an archived version of his biography.

OpenGate is not making a direct replacement for Le Moult. The firm has nine M&A professionals who, in partnership with operations and sourcing professionals, cover global investment efforts, the spokeswoman said.

The firm, led by founder and CEO Andrew Nikou, is maintaining “full continuity in all aspects of our global investment strategy” with its 43-person, team-based model, the spokeswoman said.

The firm closed its second fund on $585 million in October 2019. The fund has made at least six investments, including in CoreMedia, a web content management and digital experience platform, and Duraco, a B2B maker of specialty tapes.

OpenGate closed its debut fund on $305 million in 2016. OpenGate focuses on turnarounds and corporate carve-outs in industrial, technology, consumer and business services sectors.

Update: This story was updated to provide the final close amount of Fund II.