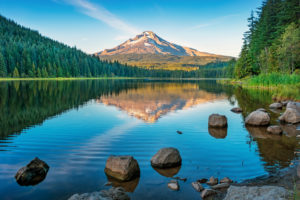 Many state pension systems are contending with overexposure to private equity as well as dwindling distributions, a result of slowing M&A. In some cases, systems have raised their target range to private equity to accommodate rising allocations to that niche.

Investment staff and advisers Meketa and Aon recommended the council hike the Oregon Public Employee Retirement Fund’s target allocation from 20 percent to 22.5 percent, with the increase coming by eliminating its risk parity strategy. The presentation outlining the recommendation was made at Oregon Investment Council’s meeting held November 2.

Buyouts watched a webcast of this meeting.

Board members instead paused on approving the recommendation and asked staff and advisers to return next month with two more options where the 2.5 percent eliminated from the risk parity strategy would be added to either public equities or fixed income.

“We are a relatively illiquid portfolio compared to some of our peers. My preference as a council member is to lean to more liquid options,” said Oregon Investment Council chairwoman Cara Samples.

An updated presentation including the two new options is scheduled for Oregon’s December meeting.

Staff presented three asset allocation options to the council, all of which would eliminate risk parity and allocate 22.5 percent to private equity. The recommended option would target a 25 percent allocation each to public equity and fixed income.

According to the presentation, a main reason behind the increased target allocation to private equity was to help reduce OPERF’s overallocation to the strategy. Private equity currently comprises 28 percent of OPREF’s total fund and is its largest strategy.

“We will execute the same plan whether the target is at 20 percent or 22.5 percent. In a couple of quarters, we’ll have a better picture of what we own, where the secondary market stands along with a slowdown in fundraising,” Langdon said.

Meketa included a note at a presentation at Council’s September meeting that the fund was undertaking actions to reduce its private equity allocation. No details were provided about what those efforts entailed.