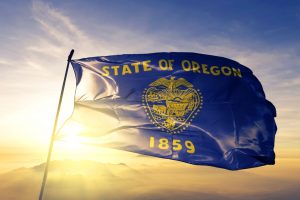 Oregon Investment Council’s Opportunity Portfolio for its largest fund took a nosedive in short-term performance in fiscal year 2019, according to a presentation given to the council at its Oct. 30 meeting.

At the meeting, Mueller ascribed the poor returns to a specific investment that had not “performed as we had hoped,” but said the long-term returns put the portfolio in third place behind private equity and public equity.

“Over the long haul the portfolio has done its job,” he said.

The Opportunity Portfolio was launched in 2005 and is designed to “provide enhanced, risk-adjusted returns and diversification” to Oregon Public Employees’ Retirement Fund, which makes up $77.1 billion of the $106.8 billion the investment council manages overall.

“The goal really was to find a home for strategies or interesting investments that didn’t fit in any of the strategic investment asset classes that were already in the pension fund,” Mueller told the council at the Oct. 30 meeting.

As of June 30, the portfolio made up 2.3 percent of OPERF. The portfolio shifted a bit to private credit over the course of fiscal year 2019. As of June 30, it was made up of 51 percent debt and private credit investments, up from 41 percent at the end of FY18. Thirty eight percent was in diversified holdings, down from 46 percent the year before.

Currently, 90 percent of Oregon portfolio’s value is concentrated among its seven largest investments. These include:

The presentation noted that the current market environment was “less conducive to tactical opportunities” because “bond spreads are low, and equity multiples are relatively high.”

Oregon’s staff is prepared to shift focus from niche strategies to a market dislocation strategy should the opportunity arise, according to the presentation.

In 2018, the council committed $200 million to the TSSP Adjacent Opportunities Contingent Fund “to provide additional ‘flex’ capital in the event of a market dislocation over the next 32 months.” That deal closed in January and has proven to be the portfolio’s only deal this year. The report noted staff was being patient during a “beta trade’ bull market” and also had limited resources available.

In August, Oregon named Mueller as its investment officer dedicated to the Opportunity Portfolio, a post that had been vacant since 2014.