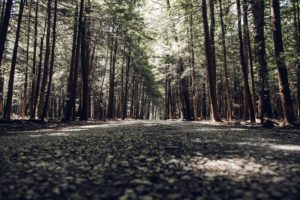 The system said it’s pledging £125 million ($156 million; €139 million) to Bridgepoint Developmental Capital IV, which is targeting £1 billion ($1.25 billion; €1.1 billion), according to data from sister site Private Equity International. The fund plans to invest in 15 to 20 companies in multiple sectors in Western Europe.

PA PSERS has an existing relationship with Bridgepoint, having previously invested £75 million ($94.1 million; €83.5 million) to Bridgepoint Development Capital III in 2016 and €100 million to Bridgepoint Europe VI in 2017, past memos showed.

The system said that it’s slowly recovering for its fiscal third-quarter following negative returns in the previous quarter due to the coronavirus pandemic.

As lockdown restrictions ease and government stimulus programs kick in, the system’s total net value asset was $60.5 billion as it entered the fiscal third quarter, according to meeting notes.

“It was a wild quarter for private and institutional investors the world over and markets could remain volatile through the June 30 end of the fiscal year,” PSERS chief investment officer Jim Grossman said in a press release. “We remain vigilant to market changes. Over a decade ago, we re-structured our asset allocation in a way that would prevent the extremely high losses we experienced in the Great Recession, and we succeeded in that regard.”

“If there is a silver lining in this experience for PSERS, it is within those positive asset classes and liquidity,” Grossman said.

“They prove how PSERS current investment strategy of diversifying investments across asset classes worked to minimize the higher equity exposure, risk and loss we experienced during the Great Recession of 2007-08.”