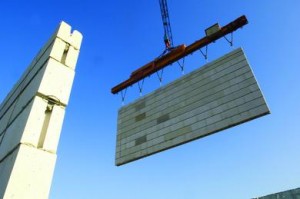 The mood among buyout players has been lifted by news that and (GSCP) have completed the largest buyout in Germany this year with the acquisition of building materials company . The pair beat trade player , the Irish building giant, to put private equity firmly back on the map.

“This is the largest buyout in Germany this year,” confirmed Mirko Meyer-Schönherr, who led the deal for PAI. The actual value of the deal was not disclosed at the family-owned vendor’s request but is believed to be around €2bn.

The other big deal Germany has seen this year – CVC’s €2.4bn purchase of a 25.01% stake in industrial conglomerate Evonik – was not a buyout.

A conservative senior debt package of 3x Ebitda was provided by a team of five banks. The lenders involved were Calyon, Landesbank Baden-Württemberg, BNP, HAB and Royal Bank of Scotland.

“Getting financing for the deal was difficult but the fact that we got it away proves that deals of this size can be done,” said Meyer-Schönherr.

The sale process, run by Deutsche Bank, started in March and saw PAI and GSCP compete with rival private equity firm One Equity Partners, which had joined forces with Russian property developer LSR, and CRH in the final stages of the auction.

In a statement, the vendor, conglomerate Franz Haniel & Cie, said “the convincing concept both investors had developed” persuaded him to sell to PAI and GSCP.

“Thanks to GSCP’s industrial experience and PAI’s experience in construction, we were able to convince the seller we had a better story to tell,” said Meyer-Schönherr.

PAI has added to its foothold in the German construction market with this deal. It also owns Monier, a Germany-based roofing and tile manufacturer, which it bought for €2.4bn in 2007.

PAI and GSCP intend to build on Xella’s presence in the Czech Republic, Poland, Romania and Ukraine. Xella is also focusing on Russia, where it is due to open a manufacturing site later this year, and is also looking at expanding into China.

“Xella’s main exposure is to Central and Eastern Europe and not the US and UK markets, whose building markets are suffering,” explained Meyer-Schönherr. In 2007, the company posted revenues of €1.3bn and pre-tax profits of €155m, up 24% from the previous year.

PAI invested from its €5.4bn fifth fund, the largest private equity vehicle raised in Continental Europe to-date, which closed in May this year.

GfK is thought to have been discussing a joint bid for its UK rival with Cinven and at least one other private equity firm. GfK last week abandoned plans for a merger of equals with TNS. The German group needs to find between £400m (€501m) and £600m to fund an offer to beat the £1.05bn takeover bid submitted last week by advertising group WPP.

Sources close to the process describe GfK’s preparations for a joint offer with a private equity firm as a fallback strategy. Several buyout groups are understood to be interested in a joint bid with GfK.

Another source suggested that GfK shareholder GfK-Verein would only consider an offer involving a private equity firm if the buyout group would have no involvement in the running of the business.

The deal would have to be structured as a direct investment in TNS rather than in a takeover vehicle that would own the two groups. The private equity investor would not be granted board representation at the enlarged company.