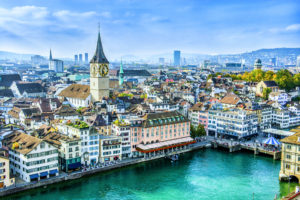 Partners Group hired Andy Hayes, who will focus on institutional capital raising as the firm makes a push to grow its presence in US markets, sources told Buyouts.

Hayes will join in May, sources said. He previously worked at placement agency FirstAvenue Partners. Before, he spent 13 years as a private equity investment officer for the Oregon State Treasury, where he helped oversee around 35 general partner relationships, according to his LinkedIn profile.

Hayes will focus on institutional clients covering Texas and the mountain states in the western US, according to a person with knowledge of the situation.

Hayes is part of a broader expansion of Partners Group’s capital raising activities in the US, the person said. As the firm, headquartered in Zug, Switzerland, builds out its dealmaking in the US, accounting for around 40 to 50 percent of annual investment activity, it’s also building out its capabilities to raise capital in the country.

This includes funds as well as specific mandates and separate accounts, the person said. The firm received $16 billion in capital commitments in 2020, beating the firm’s guidance of between $12 billion and $15 billion for the year, PEI reported. Private equity represented 40 percent of total inflows at $6.4 billion. Partners expects between $16 billion and $20 billion in client commitments this year, PEI said, citing presentation materials.

As part of this expansion, Partners Group last year hired former BlackRock executive John Ivanac as head of consultant relations within the client solutions Americas business. Ivanac manages the firm’s relationships with investment consultants and their institutional clients in the US.

The firm also hired Daniel Cahill as a senior vice president focused on the 401(k) market. The wealth management channel is also an area of focus for the firm. Partners Group has grown its Partners Group Private Equity (Master Fund), which it launched in 2009, to about $6.5 billion in total assets, as of Sept. 30, 2020, according to a regulatory filing.