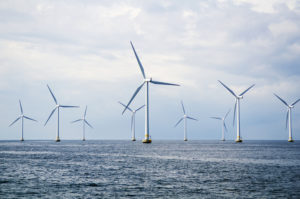 Partners Group, a $96 billion asset manager, made an offer to buy LP stakes in Fund III, which closed on just over $5 billion in 2014.

In this case, Partners Group approached Energy Capital Partners, sources said. Generally, such secondary processes are initiated by the GP, which responds to LP requests for liquidity by setting up tender offer sales.

The expectation is a small amount of stakes in Fund III will trade, one of the sources said. Fund III is around half monetized at this point. It’s three largest remaining assets are Sunnova, a publicly traded residential solar business; power producer Calpine Corp; and Terra-Gen, which is part of a single-asset secondary process.

Energy Capital Partners III was generating a 7.6 percent internal rate of return and a 1.21x multiple as of June 30, 2020, according to performance information from the Florida State Board of Administration.

Blackstone is leading a single-asset process for Terra-Gen, which ECP wants to move out of Fund III and into a continuation pool for more time and capital, Buyouts previously reported. Total value of the deal could come in at more than $1 billion. Fund III LPs have the option to cash out of their stakes in Terra-Gen, roll with the GP into the continuation pool, or sell a portion of their interests and roll the rest, Buyouts reported.