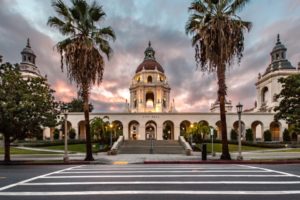 The city manager of Pasadena, California, expressed frustration at the $409 billion California Public Employees’ Retirement System‘s plans to dip into private equity and private debt using leverage and at the pension’s overall level of transparency.

“CalPERS has an obligation to its members and agencies to not only provide a sustainable pension system, but to do so as a public agency that is transparent and accessible,” Steve Mermell wrote in a letter to the system.

He went on to point out objections to the recently announced plan to leverage up to 20 percent of the system’s assets and invest more in private equity and private credit over the next few years, which Buyouts has reported on. CalPERS’ chief investment officer Ben Meng has referred to the plan as “better assets” and “more assets.”

The pension is about 71 percent funded and is targeting returns of 7 percent annually. In fiscal year 2020, its returns were 4.7 percent overall and -5.1 percent in private equity, according to a press release. A consultant’s presentation in March said the fund’s 2019 private equity performance was the slowest in a decade, as Buyouts reported.

The letter took issue with the term “better assets” to refer to private equity and credit, because it does not reflect the greater risk attached to both asset classes.

“Glossing over the increased risk to the plan and marketing this change as Better Assets, a term that has never been used to describe risky investments such as private equity and credit, is irresponsible and not transparent to the average member who does not have the time to watch board meetings,” Mermell wrote.

It also called the plan to leverage up to 20 percent of the fund, or around $80 billion in assets, “risky and overly aggressive.”

“Public investment funds have used leverage for decades with great rewards and failures,” the letter read. “Unfortunately, local government agencies can no longer absorb failures from large pension system losses as the current unfunded accrued liabilities from prior losses are already crippling many agencies.”

“While CalPERS is taking on more risk and struggling to meet the 7 percent discount rate objective, it is withdrawing from the public eye,” he wrote.

He noted the June 15 meeting of CalPERS’ investment committee, which Buyouts covered. Just after revealing the new strategy through interviews with the Financial Times and Bloomberg, as well as an op-ed in the Wall Street Journal, Meng used the meeting to give a short presentation to the committee without taking any questions.

“It was obvious the committee was briefed on this item and conducted all discussion in closed session,” Mermell wrote. “The combination of disguising risk as Better and More Assets, conducting all discussions about it in closed session, and reducing public meetings is concerning for the city as a member that must be responsive to its community.”

Mermell closed the letter by asking CalPERS to meet regularly with local agency members. Earlier in the letter, he mentioned he had met with staff on July 28.

Pasadena is near Los Angeles. Its population as of 2019 was estimated at about 141,000, according to the US Census Bureau.

The city has also publicly opposed a bill CalPERS is pushing in the state legislature to reduce the amount of disclosure required for private debt transactions, as Buyouts reported.