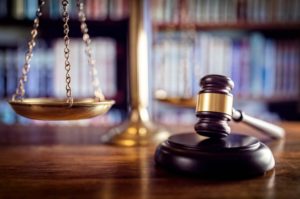 A lawsuit brought against OMERS Private Equity by a top executive exposes the thorny issues an institution may face when compensating employees for direct investing.

The suit’s plaintiff is Tim Patterson, an 11-year veteran of OMERS’ PE group. Prior to his departure this year he was a senior managing director and head of healthcare, Buyouts reported in January.

Sources then told Buyouts the decision to leave was personal in nature. The suit alleged Patterson was fired for refusing to sign on to a cut in his compensation package.

Patterson’s statement of claim, filed this month with an Ontario court by Levitt Sheikh Chaudhri Swann, said he was terminated “without just cause.” The damages were assessed at C$65 million ($52 million).

It is not known if these departures are among those cited in the suit. Patterson’s allegations have not been tested in court. OMERS, which has yet to file a statement of defence, declined to comment.

At the crux of Patterson’s litigation is an incentive scheme built around OMERS’ direct deal strategy. It illustrates how pension funds, sovereign wealth funds and other institutions that invest directly compensate executives who are responsible for deals and how this can impact talent acquisition and retention.

This is a fairly new and opaque topic. New because most institutions have only recently created in-house capabilities for doing direct PE deals – OMERS, a pioneer in the field, has been investing solo for 15 years. Opaque because while it is known that related pay and incentives are intended to approximate those of private equity firms, specific details are rarely disclosed.

Thanks to the court filing, some details of OMERS’ approach are now public.

OMERS appears to have taken great pains to mirror market practices in the 2013 design of a long-term incentive plan for its PE employees. This included the introduction of key terms like carried interest and hurdle rates, according to the lawsuit.

The plan provided for a 10 percent carry, below the standard 20 percent to account for the fact that, as a pension fund, OMERS does not have to raise capital. To determine multi-year gains for eventual realizations, deal team members each had a pooled fund of investments upon which an 8 percent cumulative preferred return was calculated. A vintage-year cap limited the size of annual payouts.

PE professionals accepted the principles of the incentive plan and worked under them for several years.

OMERS, however, later made a series of revisions to the plan that gradually ate away at compensation benefits, the suit alleged.

The changes – especially those made in 2019 – caused disquiet in the deal team, the suit said, mollified only by a promise that they would be the last.

This proved not to be the case, as OMERS again tinkered with the long-term incentive plan last year, the suit said. An initiative to swap the 8 percent cumulative hurdle for a per-year calculation spawned an “employee revolt,” with Patterson and others declining to go along. OMERS next moved to replace the plan with a “bridge plan” that, among other things, put a ceiling on the total value of payouts.

Patterson was fired, the lawsuit alleged, for not accepting the bridge plan. Had he not refused, he would have essentially agreed to “forfeit millions of dollars which he had already earned, going back as far as eight years, and to dramatically reduce his income going forward.”

Pre-2020 revisions to the incentive plan had already cost Patterson, cutting his compensation package retroactively, the suit said. Under the bridge plan, he would be further restricted to earning a maximum of C$12.8 million, compared to the C$20.7 million “he would have been entitled to for achieving the very same results” under the long-term incentive plan.

This, the suit asserted, is no way to treat a senior executive. Patterson led deals like the 2013 acquisition of Caliber Collision from Oncap and the 2018 acquisition of Premise Health from Water Street. Caliber was partially realized two years ago, when OMERS sold a majority stake to Hellman & Friedman, generating a 5.4x multiple.

Patterson’s firing, the firing of a second professional and the eight resignations resulted in a staffing crunch in OMERS’ PE group, the suit said. OMERS responded by offering bonuses totaling $3.5 million to hold onto remaining deal team members.

So far, only the plaintiff’s side of the Patterson vs. OMERS story has been told.

When the suit was filed, OMERS said it was “not at liberty” to discuss the matter publicly. It described the wrongful dismissal claim as “entirely without merit,” noting its obligation to ensure compensation plans are applied according to “documented terms rather than allowing for individual interpretations.”

While there are still unanswered questions, Patterson vs. OMERS may be a cautionary tale for institutions that invest directly and have – or are looking to create – incentive schemes to attract top PE talent. If there are lessons to be learned for OMERS and its peers, they will emerge when the case is heard before the court – assuming, of course, it gets that far.