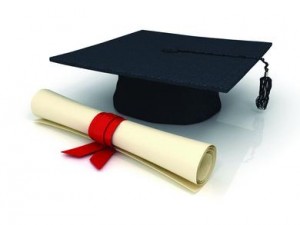 From 2008, the World Bank and the European Bank for Reconstruction & Development will collect this information from businesses in Russia and in Central & Eastern Europe. The initiative will later move on to South America, Africa and other investment provinces.

It is being accomplished by supplementing the usual World Bank and EBRD surveys with sophisticated research techniques pioneered in a mammoth study conducted by the () in association with consultants .

With World Bank and EBRD surveys encompassing tens of thousands of firms worldwide over a two-year cycle, it will add a vast volume to data now being used to examine effective management and to inform policy and regulation.

CEP’s original 2006 survey work has so far been used to measure management practices in more than 4,000 firms in Europe, the US and Asia. Researchers added accounting data to industrial statistics, then examined associations between management, economic environment and performance.

The methodology and full survey, which is still spawning fresh avenues of research, is available to read or download from the CEP website at www.cep.org

In-depth discussion by the researchers writing in the most recent edition of CentrePiece, CEP’s quarterly journal of economics, speak loudly in the continuing debate over private equity, regarding its role, practices, and tax treatment.

“Private equity-owned firms are impressively managed once you control for the fact that they tend to buy badly managed companies,” Professor Nick Bloom of Stanford University (California, USA) and CEP told EVCJ.

Firms that have been managed by private equity for at least three years are the best in the group – see graphic.

The take-home message is that “private equity ownership looks to be generally a good thing, and appears to improve management and productivity,” said Professor Bloom.

“It certainly doesn’t suggest that you should be taxing against private equity. If anything, it suggests that you want a level playing field. The problem previously was that people could defend taxing private equity on the grounds that they were asset strippers. But we don’t find any evidence of that at all. If anything, they’re probably good in the long run for employment.”

“I am sure they are doing it to profit maximise, but it implies that they are better for the environment,” said Bloom.

There are clear policy implications. Some countries tax the handing over of family companies to the next generation more lightly than selling a business. So in the UK, for example, passing on the firm may attract zero tax, while pocketing the proceeds of a sale could be taxed at up to 40%.

Given the relatively poor performance of family companies in general in the study, the CEP team suggests that appointing managers through primogeniture rather than competitively and on merit, possibly promotes bad management.

Professor Cook said the message for governments was they should look to creating a level playing field in the tax treatment of succession.

Private equity organisations have naturally hailed the findings. A spokesman for the () said: “It is encouraging to see this report underline what we have been saying all along about the benefits of private equity and the need for greater awareness of the positive impact the industry has on the companies it invests in, and the economy as a whole.”

Next up for CEP is to delve into the foggy issue of whether management improves performance or vice versa. So far, all that can be said with academic rigour is that there is ‘an association’ between the two, but other factors may be at play.

Randomised field experiments are being planned in which, for example, a small number of UK and Indian firms would have their management practices and performance evaluated as a baseline.

A randomly selected number of these would then receive management consultancy for a few months from providers of the calibre of, say, McKinsey. The recipient firms would then be re-evaluated to look for causal effects of good management.

“It’s the closest you could imagine to a private equity-type treatment,” said Bloom, who is pondering how to meet the costs of what will be an expensive but valuable undertaking.