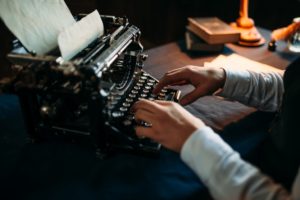 Limited partner sellers of stakes in private equity funds should expect discount demands of up to 30 percent in the current market.

That level of discount is unlikely to entice any but the most desperate sellers to approach the secondaries market for liquidity relief. This jibes with what we’ve seen going on in secondaries, with pending processes on pause and those actually in the market having trouble reaching final close.

The pricing numbers were included in an investment presentation from Maine’s public employees’ pension this month. Maine is exploring options for divesting from fossil fuels and private prisons, one of which would be selling out of its exposure on the secondaries market.

The system engaged NEPC to test the various options for divestment in the market, including private markets secondaries sales. NEPC contacted four secondaries buyers to get a sense of valuation ranges, the report said.

General private equity funds can expect discounts of 20 to 30 percent, the report from NEPC said. “This is higher than usual due to the lag in PE valuations fully reflecting current public market and economic outlook,” the report said.

NEPC also found that interest in energy funds is low, “but for those few managers with dedicated energy or real asset secondary funds, interest varies based on the quality of the assets (discounts of 30% to 50%-plus).”

Buyers are demanding discounts because they anticipate coming write-downs. There is a sense that GPs have been reluctant to write down valuations too deeply, and, as they traditionally do, adjust valuations gradually over several quarters.

“Buyers are pushing harder for discounts in recent months. More than half (54 percent) of deals were discounted, reversing a trend seen in Q2 when the balance of secondaries transactions involved premium-priced deals,” according to Palico’s Q3 secondaries pricing report.