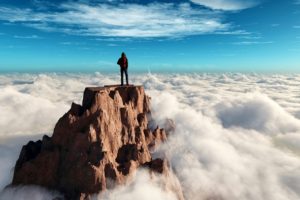 Peak Rock Capital Fund III and a parallel vehicle, launched last November, secured more than $1.6 billion, according to Form D fundraising documents filed this month. That puts the offering 24 percent above its original goal, reported by Buyouts in January.

Due to strong demand from limited partners, the Austin private equity firm will continue marketing the fund with a target of $1.8 billion, the sources said. The change is indicated in the February Form Ds.

Founded in 2012, Peak Rock makes control-stake equity and debt investments in mid-market companies in North America and Europe, according to its website. On the equity side, the focus is on carve-outs, partnerships with owner-operators, restructurings and turnarounds, and other opportunities involving businesses with revenue of $50 million to $1 billion.

Deal flow is sourced in a range of sectors. They include business and tech-enabled services, consumer, distribution and logistics, energy and related services, food and beverage, healthcare, industrials and manufacturing, and technology. Peak Rock writes equity checks of $30 million to $300 million per investment and uses low, post-close leverage to allow for flexibility.

Peak Rock was a steady buyer and seller throughout 2020, the pandemic notwithstanding. At present, its portfolio holds a dozen platform companies.

Recent investments include AMB, a European manufacturer of rigid and flexible films for use in food packaging. Peak Rock announced the acquisition this month. In January, it announced the purchase of Shipley Do-Nuts, a US franchisor of a donut, kolache and coffee shop brand.

Peak Rock declined to provide a comment on this story.