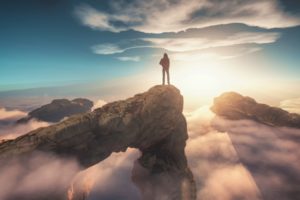 Peak Rock Capital is targeting $1.3 billion on its latest fund, according to a Form D.

The target matches what the Austin, Texas, firm raised for its second fund in 2018, but that was spread across a private equity and private credit vehicle. It originally targeted $900 million, but closed oversubscribed. Its first fund closed on $700 million in 2013, as Buyouts reported.

It was not clear if Fund III has a hard-cap. The firm did not respond to a request for comment.

According to its website, Peak Rock makes equity and debt investments in companies in North America and Europe. It has experience both in corporate carve-outs and family and founder-owned companies. It also does restructurings and turnarounds.

It has a widely diversified sector focus, including consumer, technology, healthcare, industrials and manufacturing, food and beverage, business services, distribution and logistics and energy.

Peak Rock’s previous funds have performed well. As of March 31, 2020, the firm’s debut fund had a net internal rate of return of 23.5 percent and a 1.7x multiple, according to data on the website of California Public Employees’ Retirement System.

Fund II and Credit Fund II are still in their J-curves, a period early in funds’ lives before investments mature, but Fund II’s net IRR was already 31.4 percent with a 1.4x multiple while the credit fund had a -6.6 percent net IRR and 1.0x multiple.

According to the firm’s Form ADV, Fund I charged a 20 percent carry while Fund II and Credit Fund II charged 20 percent but kicked up to 25 percent once it passed a hurdle. Management fees for the funds were not clear. Fee terms for Fund III were not available.

This post had been updated to add further context about the fundraising.