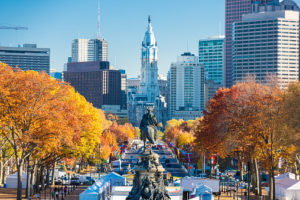 The full board voted 6-5 to indefinitely postpone making a $100 million commitment to Sentinel Capital Partners VIII and $25 million to Sentinel Junior Capital II, which effectively overturned a recommendation from the investment committee made earlier this month. Buyouts watched a webcast of the board meeting.

Several members of the full board suggested it should reconvene to decide on the commitment once Sentinel Capital addresses questions about its diversity and inclusion efforts.

“My concern is that if we delay this investment then we have a good chance of missing out on the opportunity,” said investment committee chairman Glenn Becker, who voted against the postponement. Becker said the funds will close in July.

Issues with the potential commitment arose at the system’s investment committee meeting on June 3, a webcast of which was watched by Buyouts.

Dan Ocko, who attended the investment committee meeting on behalf of committee member Dan Frankel, accused Sentinel Capital of falsely stating to the committee that it had a mentorship program for women and minorities.

Ocko said the firm later informed the committee it did not have a mentorship program for women and minorities. Sentinel Capital did not respond for comment requests after the investment committee meeting or after the full board meeting Friday.

Alice Mann, a partner at Sentinel Capital focused on human capital, said at the June 3 meeting that the firm was “on a journey” in its commitment to increasing diversity.

While the decision was a setback for Sentinel, the board plans to revisit the question.

“I’m keeping my mind open. I would encourage board members to work with this issue to get these matters cleared up so this organization could possibly have a unanimous vote on making this investment,” said board member and Pennsylvania State Senator Vincent Hughes, who voted to postpone a vote on the commitment.